By PETER ROBERT CASEY VILLANOVA, PA. – Balance is an oft-pursued ideal when it comes to New Year’s resolutions. But, not if you’re Villanova. The Wildcats have already found it. In front of a packed Pavilion crowd, marking Villanova’s 153rd consecutive home sellout, the No. 6 Wildcats had four players register double-figures en route to an easy 67-55 conference-opening win over Butler on Wednesday afternoon. The Wildcats are now 13-0 (1-0 Big East) for the first time since the 1937-38 season. Ryan Arcidiacono paved the way for Villanova with 15 points, followed closely by JayVaughn Pinkston (13), Kris Jenkins (11), Daniel Ochefu (10) and Darrun Hilliard (8). “Just look at their numbers, they’re incredibly balanced,” Butler interim coach, Chris Holtmann, explained. “They’re so balanced in how they attack you inside and out. That’s why they’re elite. They have great balance and great depth.” 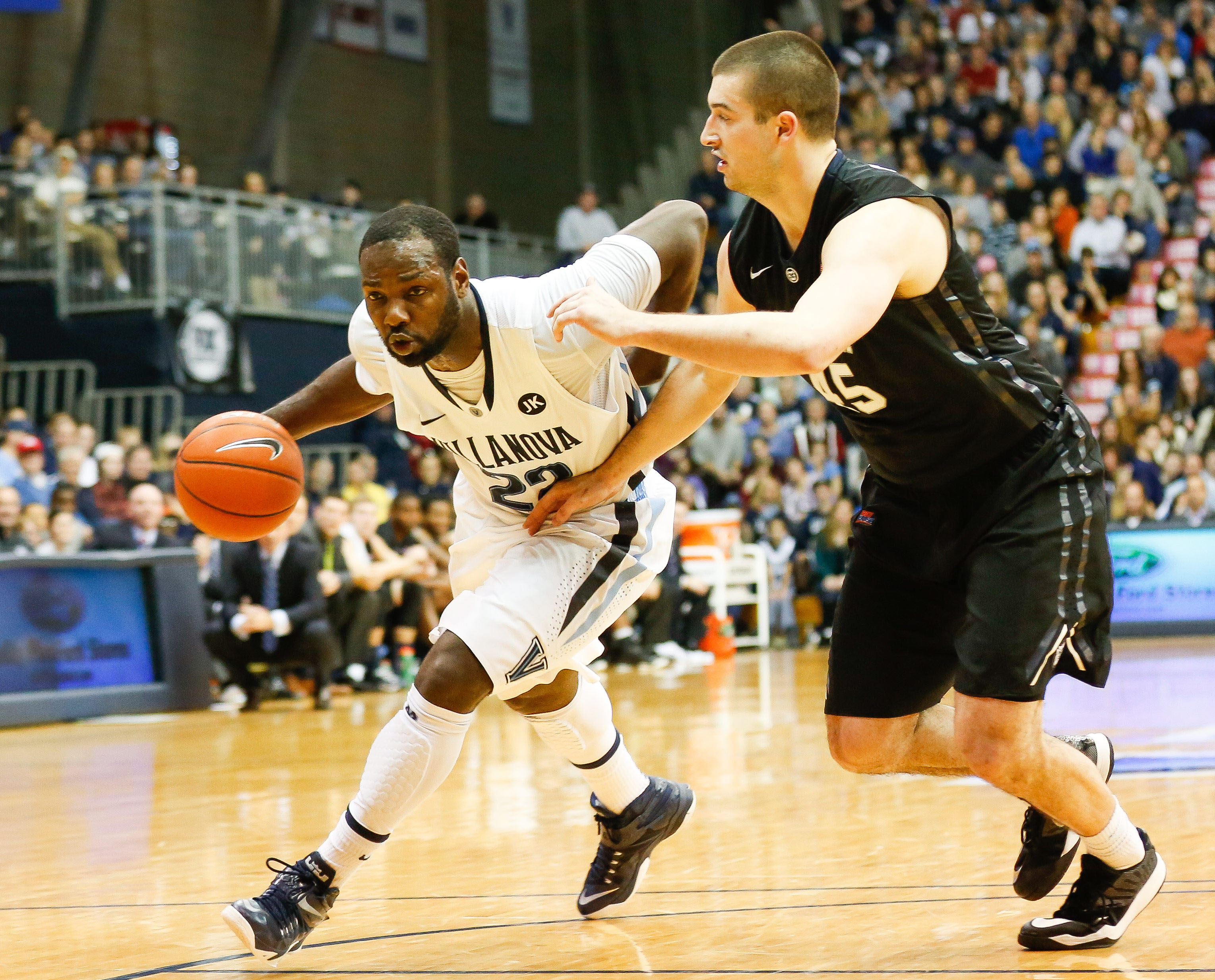 In the first half, Villanova did its damage in the paint, taking a 36-32 lead into the break behind 57.7 percent shooting. Butler (10-4, 0-1) clung close by generating seven second-chance points off eight offensive boards. But it wouldn’t take long for Villanova to widen the gap in the second stanza. After a quiet start, Hilliard scored the first seven points of the half on a trey, another outside jumper and two free throws to stretch Villanova’s lead to 43-34 with 18:11 left. Butler would miss 12 of its first 14 attempts in the second half, and shot a mere 27 percent in the final 20 minutes, unable to rally back on the road. “They just have a lot of different weapons,” Holtmann continued. “This is not a team where you can key in on one or two guys and, if you can neutralize them in a particular game, you’re gonna slow them down offensively.” No strangers to spreading around the offensive production, seven Villanova players entered the game averaging between 12.6 (Hilliard) and 7.6 (Jenkins) points per game, and an eighth, freshman Phil Booth, averages 5.7 ppg in 12.7 minutes per outing. Alex Barlow and Andrew Chrabascz each had 12 points and Kellen Dunham notched 10 for Butler, who are now 0-4 all-time against Villanova, including two consecutive New Year’s Eve losses to the Wildcats. Photo: Bill Streicher | USA Today Sports Follow Peter on Twitter