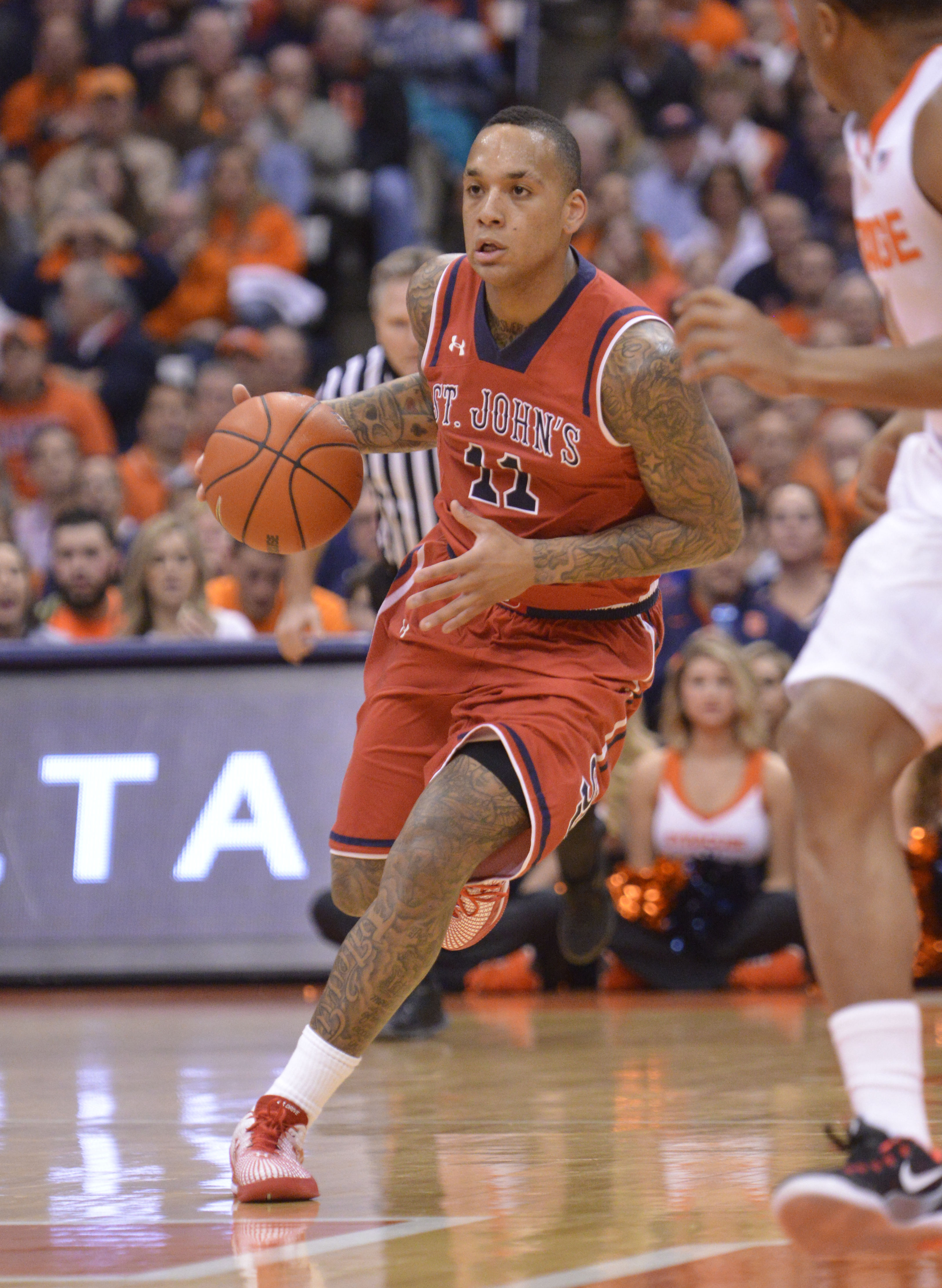 It was a big week for St. John’s and Seton Hall, with St. John’s (6-1) moving into the AP Top 25 at No. 24 after beating Syracuse Saturday at the Carrier Dome for the first time since 1999. Unbeaten Seton Hall (7-0) also received 57 votes. Syracuse, meantime, didn’t receive any Top 25 votes for the first time in seven years. The stars of both St. John’s and Seton Hall also picked up Big East weekly honors Monday when Red Storm senior D’Angelo Harrison was named Player of the Week and Pirates freshman guard Isaiah Whitehead earned Rookie of the week honors. For more on Whitehead and his NBA chances, click here. BIG EAST PLAYER OF THE WEEK D’Angelo Harrison, St. John’s, G, Sr. Harrison scored a game-high 24 points in a 69-57 win at Syracuse, the Red Storm’s first win in the Carrier Dome since 1999. In a 2-0 week that also included a 78-67 victory against Niagara, Harrison recorded 16 points and grabbed nine rebounds. For the week, he averaged 20.0 points and 6.0 rebounds. For the season he is averaging 18.4 points, second in the BIG EAST, and 8.1 boards. BIG EAST ROOKIE OF THE WEEK Isaiah Whitehead, Seton Hall, G, Fr. Whitehead averaged 18.5 points, 3.5 rebounds and 3.5 assists in a 2-0 week. He scored a collegiate-high 25 points in only 21 minutes and had four rebounds and five assists in an 81-54 victory over Rutgers. For the season, he is averaging 12.6 points and 3.7 assists. BIG EAST Honor Roll Roosevelt Jones, Butler, G, Jr. Helped Butler to a 2-0 week by averaging 13.0 points, 5.0 rebounds, 4.0 assists and helping hold the opponents to 55.0 points for both games. Austin Chatman, Creighton, G, Sr. Scored 19 points in a pair of road games that included a 65-55 win at Nebraska. He averaged 19.0 points, 7.0 boards and 6.0 assists. Tommy Hamilton IV, DePaul, C, So. Averaged 17.7 points, 7.3 rebounds and 2.0 blocks in a 3-0 week. He shot 60.7 percent from the floor and 84.2 pecent from the foul line. Darrun Hilliard, Villanova, G, Sr. Helped the Wildcats to wins over Saint Joseph’s and La Salle by averaging 13.0 points. Myles Davis, Xavier, G, So. Scored a career-high 18 points in a 97-84 win over Alabama. He shot 4-of-6 from 3-point range.