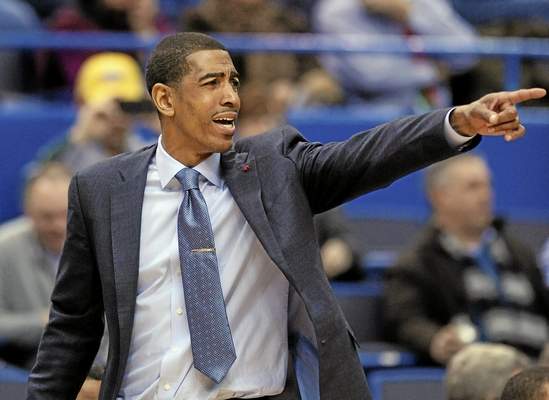 With the Jimmy V Classic set to tip off Tuesday night at Madison Square Garden, the matchups for 2015 were announced on Monday. UConn, Maryland, Virginia and West Virginia  headline the 2015 Jimmy V Men’s Basketball Classic doubleheader on Tuesday, Dec. 8, 2015, with proceeds benefiting The V Foundation for Cancer Research. The 21st annual event will be on ESPN from New York City’s famed Madison Square Garden. All four teams have been ranked in the early part of the 2014 season. The current AP poll includes No. 7 Virginia, No. 16 West Virginia, No. 21 Maryland and defending national champion UConn receiving votes after being as high as No. 17 in the first two weeks of the season. The 2014 Jimmy V Week will culminate with the Jimmy V Men’s Basketball Classic Presented by Corona – from Madison Square Garden on Tuesday, Dec. 9, on ESPN: No. 10 Villanova vs. No. 24 Illinois at 7 p.m., followed by Indiana vs. No. 5 Louisville at 9 p.m. West Virginia vs. Virginia: The all-time series stands at 8-8 with the last meeting dating back to the 1985 National Invitation Tournament, a 56-55 UVA victory. Virginia played in the 2000 Jimmy V Classic, a 107-89 win over Tennessee. West Virginia participated in 2008, a 68-65 loss to Davidson. Maryland vs. UConn: UConn holds a 4-2 advantage in the series with the last four meetings on a neutral court. The Huskies only appearance in the Jimmy V Classic came against then-No. 25 NC State, a 69-65 defeat, in the 2012 event. Maryland will be playing in its first Jimmy V Classic. Coaches Quotes “We are delighted to be an invited once again to participate in the Jimmy V Classic. The Jimmy V Classic is one of the premier events during the college basketball season. We are honored to play in such a special event for a great cause, and I know our fans will be excited to see us play on ESPN and in Madison Square Garden, a place where we have had great memories over the years. Most importantly, the Jimmy V Classic and Jimmy V Week brings awareness to such a terrible disease because every one of us has been affected by cancer in one way or another. When we lost our mother in 2003, my family and I started the Norma Mae Huggins Cancer Research Endowment Fund, and we have raised almost a million dollars in cancer research. We all need to join the fight to end this deadly disease.” – Bob Huggins, West Virginia head coach “We are certainly honored to play West Virginia in the 2015 Jimmy V Men’s Basketball Classic.” Virginia head coach Tony Bennett said. “To have an opportunity to be part of this classic and what it stands for, and to play a quality opponent at The Garden is great for our program.” – Tony Bennett, Virginia head coach “We are excited that our program will have the opportunity to play on the national stage in one of the premier early-season tournaments in the country. It’s a tremendous field comprised of some of the nation’s top programs. It is also an honor to compete in this event, which for more than two decades has raised money and awareness in the fight against cancer.” – Mark Turgeon, Maryland head coach “We at UConn are honored and proud to again be asked to participate in the Jimmy V Classic at Madison Square Garden. First and foremost, we are pleased to be able to help the V Foundation, which does such an outstanding job funding research to move us closer to someday wiping out this terrible disease. Secondly, we are looking forward to playing against another great program in Maryland, and in such an exciting basketball atmosphere as Madison Square Garden, where our fans always give us such tremendous support.” – Kevin Ollie, UConn head coach KENTUCKY, UCLA ANNOUNCE HOME-AND-HOME 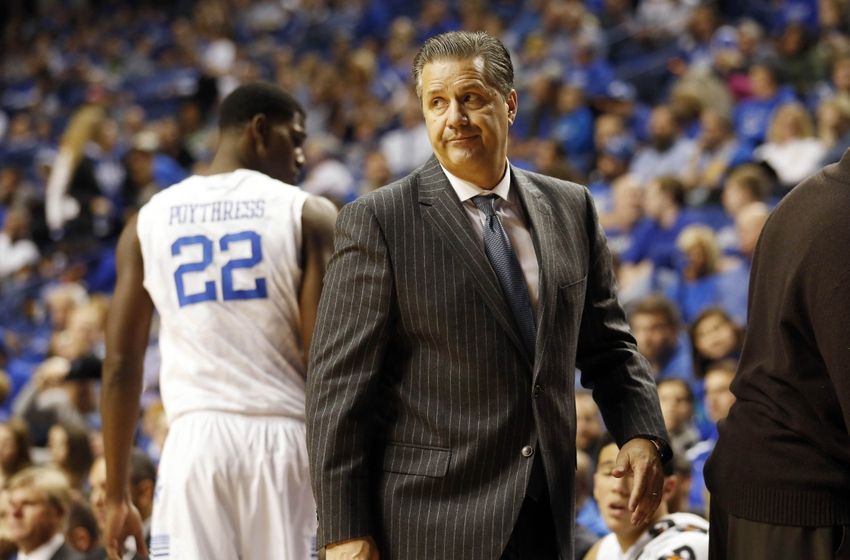 Adding to an already marquee nonconference slate of games for the next two seasons, the Kentucky basketball team has signed a two-year home-and-home series with UCLA, beginning with a trip to Los Angeles during the 2015-16 season. UK will begin the series with a trip to Pauley Pavilion on Dec. 3, 2015, which will mark the Wildcats’ first visit to UCLA’s storied facility. UCLA will return the trip on Dec. 3, 2016 in what will be the first matchup of the two bluebloods in Rupp Arena history. Kentucky is already scheduled to face UCLA this season in the CBS Sports Classic on Dec. 20 at the United Center in Chicago. “Steve [Alford] and I have known each other for more than 20 years. When he and I started talking about a possible series, it seemed like a no-brainer to me,” John Calipari said. “One, with the way our schedule is shaking out for next year, it gives us another great opportunity early in the season to learn about ourselves. Two, not only does Big Blue Nation get to see two of the historic programs in Rupp Arena when UCLA returns the trip in 2016, it gives our fans on the other side of the country a chance to see our team in person. I couldn’t be more excited about the way our nonconference schedule is shaping up for the next two years. It should be another challenge.” UK is 6-4 all-time vs. the Bruins, with all but three of the previous matchups having taken place on a neutral floor. The last time Kentucky hosted UCLA in Lexington was a 77-76 Wildcat win on Feb. 17, 1961. Likewise, UK hasn’t played UCLA in Los Angeles since beating the Bruins 68-66 on Dec. 4, 1959. UK’s nonconference schedule for the next two seasons is already shaping up to be every bit as good as the 2014-15 slate, which has already featured three ranked opponents in just eight games. In 2015-16, in addition to the trip to UCLA, Calipari’s team will play Duke in Chicago in the Champions Classic, travel to Brooklyn, N.Y., to take on Ohio State in the CBS Sports Classic, and host Louisville at Rupp Arena.

UConn Trying to Jump Back in Mix for Tyler Dorsey