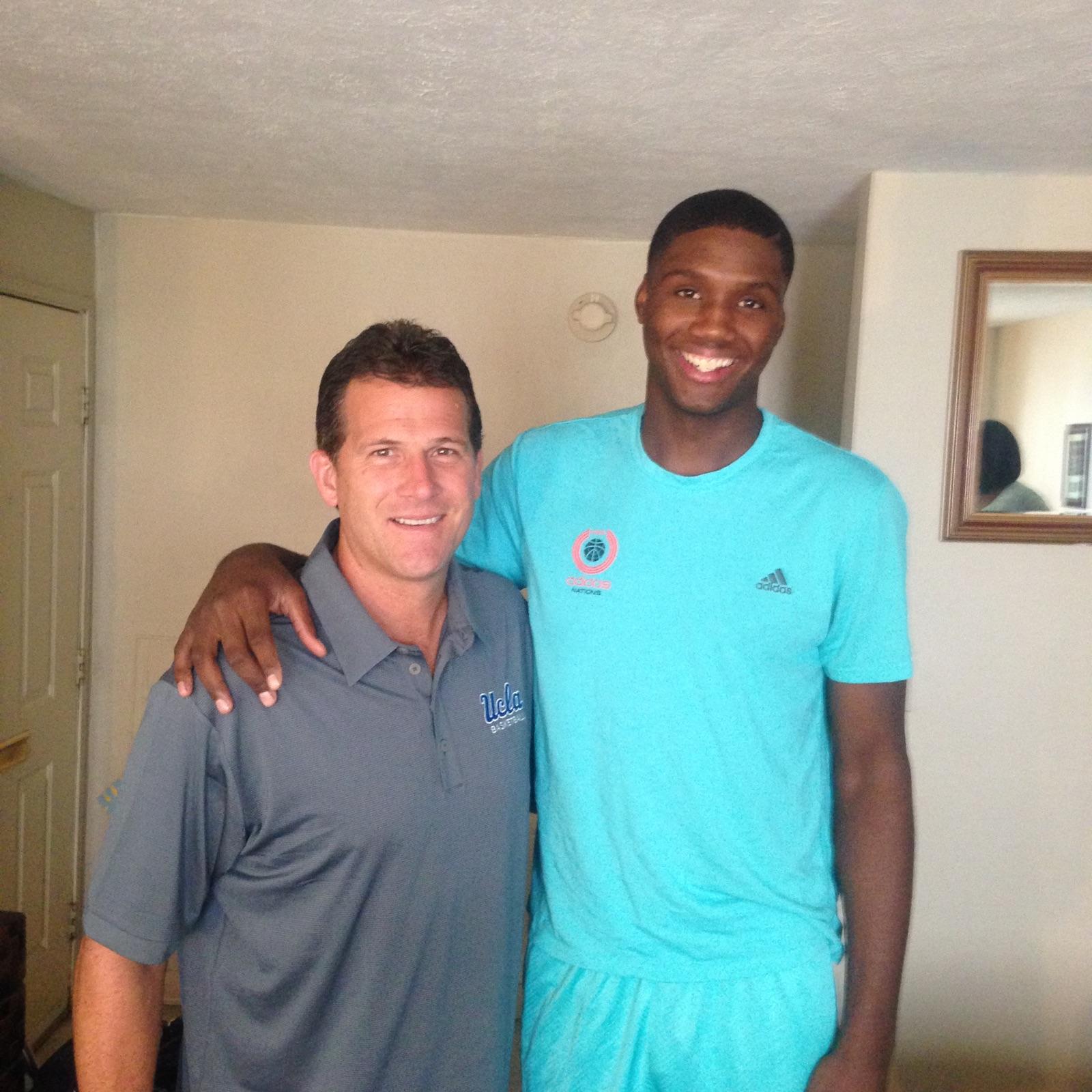 Carlton Bragg is planning an official visit to UCLA for Oct. 31 following a home visit Saturday with head coach Steve Alford and assistant David Grace. “We’re going to try to get down there for an official visit on the 31st,” Michael Graves, Bragg’s mentor, told SNY.tv. “I think UCLA has a scrimmage then.” Alford and Grace watched the 6-foot-8 Bragg out of Cleveland Villa-Angela St. Joseph work out and then met with Bragg, his mother, his uncle and Graves. “Coach Alford stated that he loves Carlton’s progression from six months ago when he first saw him,” Graves said. “Coach Alford said that UCLA is the place for Carlton as far as style of play. They play an open offense up and down, which fits Carlton’s skillset. “Also, Coach Alford stated that the campus life is the best, warm weather, just the atmosphere at UCLA is something that Carlton would enjoy. Coach Alford said he’ll be back later on during the high school season. He loves Carlton.” Bragg still has a home visit with Illinois Tuesday and plans to visit that school “soon,” Graves said. He has a top five of Arizona, Illinois, Kansas, Kentucky and UCLA. He also has an official set for Kansas (Oct. 10) and an unofficial set for Kentucky (Oct. 17). He plans to sign late.