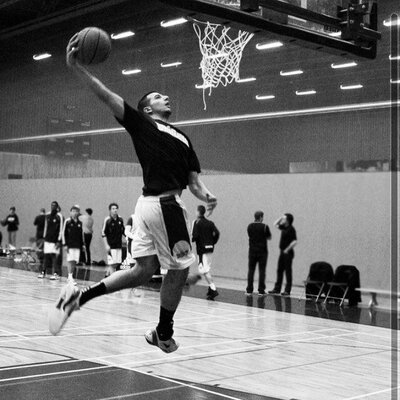 Fordham on Friday landed a commitment from 6-foot-3 Canadian point guard Joseph Chartouny of Collège Jean-de-Brébeuf in Montreal. He is a former teammate of current Fordham freshman Nemanja Zarkovic, where they won three Provincial championships together. “It’s a combination of basketball and school,” Chartouny told SNY.tv by text. “I think I wouldn’t have found a better fit of playing at the highest level of basketball and studying business at the same time. “I will be ready to bring whatever they ask me because I’m a competitor and I hate losing. I love to control the game and set up everyone. I can score in many ways and I think my biggest asset is my understanding of the game. I feel that I am completely different than most of the players and I will be able to help that team turn the corner.” “As far as what he brings, he’s the most talented connector I’ve coached, and although he’s a talented scorer, he thrives on setting up his teammates,” said his coach Mike Chmielewski. Chartouny is Fordham’s third 2015 commit following point guard Matt Zignorski and small forward Jesse Bunting.