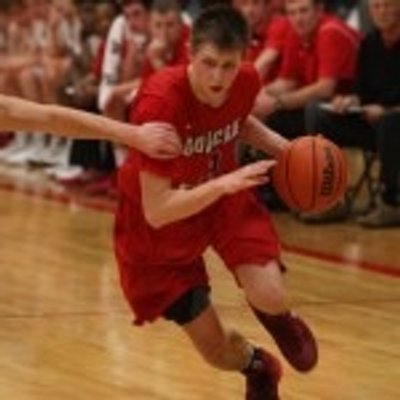 Michigan State on Thursday landed a pledge from 6-foot-5 shooter Matt McQuaid, his father confirmed to SNY.tv. McQuaid, out of Duncanville (TX), initially committed to SMU, only to change course in July. He also considered Creighton, but chose the Spartans after taking a visit this past weekend. “I think a big part about it was Coach [Tom] Izzo and what they’ve done throughout his career there as far as a program and just the type of guy he is and the opportunity to play for somebody like that and be developed by someone like that and a program like that was pretty high on the list,” Rob McQuaid, the player’s father, said. A strong outside shooter, he averaged 15.6 points and made 45.1 percent of his 3-poiners while playing for Team Texas on the Nike EYBL circuit. “I think he’s a shooter,” his father said. “Coach has mentioned he’s a little bit more athletic than people let on. His ability to take it off the dribble and create for himself is something I think once he gets to he next level, he’s going to get better and better and be able to contribute more than just standing in the corner and shooting the ball. McQuaid is the third 2015 commit for head coach Tom Izzo, joining three-star shooting guard Kyle Ahrens and five-star power forward Deyonta Davis. The story was first reported by Scout.com.

P.J. Dozier Meets With Pitino, Will Take Official to Louisville