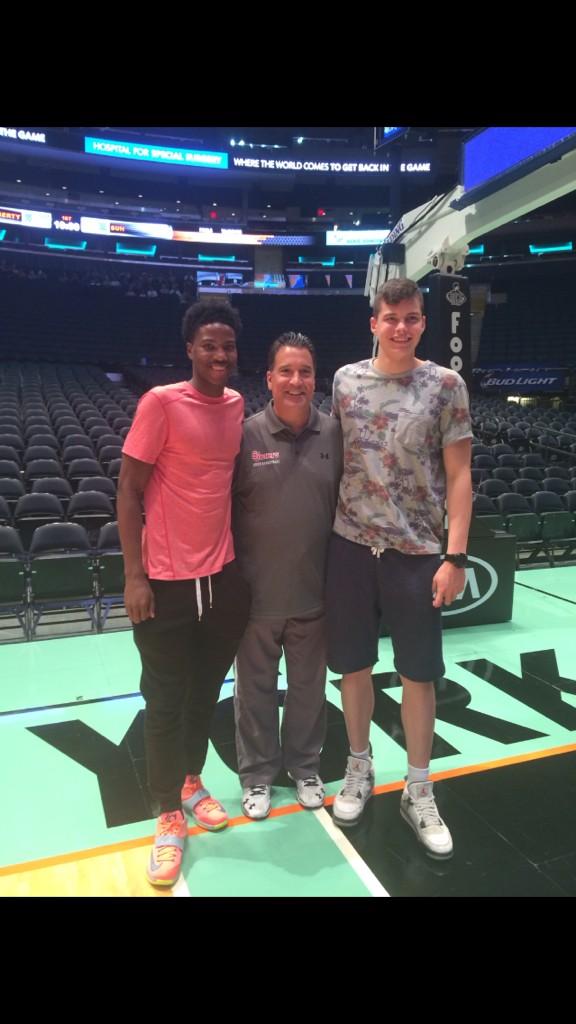 Malik Beasley is in the midst of a two-day St. John’s visit that included a trip to the Queens campus on Sunday following his co-MVP performance Saturday in the Big Strick Classic and a visit Monday to Madison Square Garden. “We’re going to see the Garden today, we didn’t get to see it yesterday,” the 6-foot-4, 190-pound shooting guard from Alpharetta (GA) St. Francis told SNY.tv Monday morning by phone. Later Monday, Beasley Tweeted a picture of himself, St. John’s coach Steve Lavin and 6-9 Bosnian forward Amar Alibegovic that was taken on their tour of the Garden. As we previously reported, Alibegovic would be eligible for the 2014-15 season. Beasley had never been to the Garden before and Lavin always makes a point to showcase the arena to recruits. Beasley is one of several key 2015 St. John’s targets, along with Cheick Diallo, Isaiah Briscoe, Brandon Sampson and Tyler Dorsey. As for Sunday’s visit to the St. John’s campus, Beasley said, “It was fun. I liked the campus. It was cool.” He said Lavin, who watched him at AAU Nationals in Louisville, has told him he could “make an impact right away.” Beasley on Friday cut his list to eight schools — St. John’s, UConn, UCLA, Wake Forest, Florida State, Oregon, VCU and Georgia. Beasley plans to visit UCLA, Florida State and the other schools in coming weeks and hopes to decide by November. “Probably early November, by signing day,” he said. And Like ZAGS on Facebook