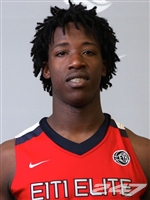 By JACK LeGWIN One of the top players in the state of Florida, Alex Owens, has committed to Providence. He also considered Houston, Missouri and Central Florida. “I’ve chosen to attend Providence University for College Basketball  #GoFriars,” Owens tweeted. Listed at 6-foot-8, 240 pounds, the rising senior from  is one of the best rebounders and passers in the nation. Providence assistant Bob Simon was the lead recruiter for Owens, who is a great addition for the Friars. The No. 98 ranked player in the nation by 247 Sports, Owens played for E1T1 Elite this summer. He  averaged 6.7 points and 7.2 rebounds per game on a loaded team that included top ranked Ben Simmons and scoring guard Antonio Blakeney. He attends high school with Blakeney at Oak Ridge (Fla.) and averaged 17 points and 15.3 rebounds per game as a junior. Follow Jack on Twitter