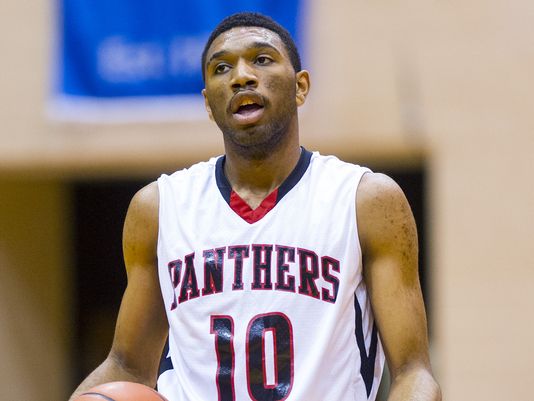 Eron Gordon, a 6-foot-2 2016 guard from Indianapolis (IN) Cathedral, has enjoyed his visit to Duke so far and will visit Michigan Friday. “Eron and his mom were able to see and learn a lot about Duke,” Eric Gordon Sr. told SNY.tv. “There was a Coach K Academy camp going on and he was able to see him first-hand coaching and visiting. It was a good visit.” Gordon will also visit Kansas, Kentucky, Butler and Indiana at some point, his father said. Until this point, he has only visited Louisville and Purdue unofficially. Gordon comes from a basketball family. Eric Gordon attended Indiana and now plays for the New Orleans Hornets, while Evan Gordon transferred to Indiana from Arizona State. The Indy Star reported Eron Gordon has offers from Indiana, Purdue, Arizona State and Nebraska but Eric Sr. said he’s under the impression that all the schools involved would take Eron if he wanted to play for them. “We haven’t talked about offers,” Eric Sr. said recently. “What I gather is if he said ‘I want to come to school here,’ he would have that opportunity but we haven’t talked about any offers. I’m just basically wanting him to get on campus and see schools. We’re not anywhere near making any kind of decision….We just want to make sure that we have options open so that when the time comes, he’s ready to go.”