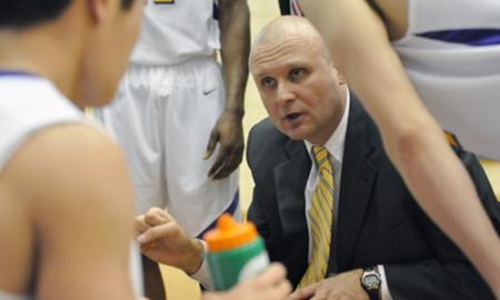 By JOSH NEWMAN Special to ZAGSBLOG A brief coaching search at Marist came to a close when the school announced on Tuesday afternoon that it hired Williams College head coach Mike Maker as its 11th head coach. A press conference is scheduled for Wednesday at 11 a.m. at McCann Arena on the Poughkeepsie campus. Maker, who was 147-32 and went to the Division III title game twice in six seasons at the D3 power, replaces Jeff Bower, who resigned after one season to become the General Manager of the Detroit Pistons. Bower, a Marist assistant from 1986-95, was previously the General Manager of the New Orleans Hornets. Earlier in the day, ESPN’s Jeff Goodman reported that Marist was expected to hire Maker, while sources told SNY.tv that a deal between the two sides was being finalized with the hopes of announcing it Tuesday and holding the press conference on Wednesday.  In their one year under Bower, the Red Foxes went 12-19 overall and 9-11 in the MAAC before losing in the first round of the MAAC Tournament to high-scoring guard Antoine Mason and Niagara. Three of five starters are slated to return, including MAAC Rookie of the Year Khallid Hart, who averaged 14.7 points and shot 45.7 percent from the floor last winter as a redshirt freshman. Hart along with fellow-starters and seniors Chavaughn Lewis and T.J. Curry, will be playing under their third head coach in as many seasons. While Bower’s hire was viewed by many as a big splash, hiring Maker can be considered going off the beaten path given the fact his most recent job was at the Division III level. That said, Maker’s .821 winning percentage at Williams, a perennial Division III national-championship contender, is impressive at any level. Additionally, Maker has 17 years of Division I coaching experience on his resume, including time as an assistant under Dana Altman at Creighton and John Beilein at Michigan. Coincidentally, Beilien’s son and Division II West Virginia Wesleyan head Patrick Beilien, was reportedly the other finalist for the Marist job. Follow Josh Newman on Twitter