By JOHN PAVIA Special to ZAGSBLOG 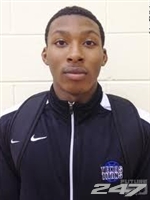 Triple A Academy point guard King McClure announced his decision to attend Baylor University on Tuesday morning to play for coach Scott Drew. McClure is considered one of the top point guard prospects for the Class of 2015. The 6-foot-3 McClure also had major interest from schools such as Kansas, Arkansas, UCLA, SMU and several others, according to SportsDay High School of the Dallas Morning News. McClure is the first high-major commitment for Baylor’s 2015 recruiting class so far.   AUBREY DAWKINS COMMITS TO MICHIGAN 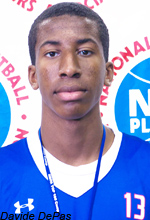 Aubrey Dawkins, son of Stanford head coach and Duke legend Johnny Dawkins, committed to the University of Michigan on Monday to become coach John Belein‘s sixth commitment for the 2014 class. Dawkins, a 6-foot-6 wing, just finished a post-graduate year at New Hampton Prep where he averaged 13 points per game, according to NBC Sports. “He’s a high-level athlete capable of making shots and playing without the ball in his hands,” New Hampton coach Pete Hutchins told SNY.tv. “He has great shot selection and is very good in transition.” Hutchins said Dawkins’ decision “came down to Michigan and Dayton,” but that Marquette also showed interest. Dawkins joins a Michigan class that already has Kameron Chatman, Ricky Doyle, D.J. Wilson, Muhammad Ali Abdur-Rahkman, and Austin Hatch. Chatman is the 11th-ranked small forward and is ranked in ESPN’s Top 100 for the 2014 class.  Follow John Pavia on Twitter And like ZagsBlog on Facebook