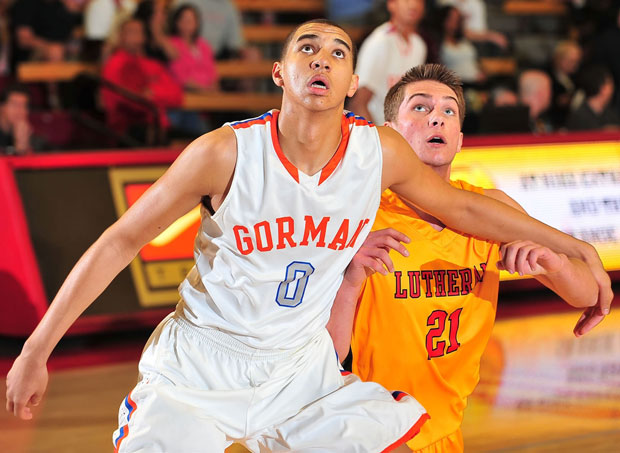 Chase Jeter has been cleared to play this weekend at the Adidas Nations event in Miami, and he’s targeting a college decision this summer. “Got cleared to play this morning, thank God I was only out for 2 weeks wheels up to Miami pretty soon for Adidas nations,” Jeter Tweeted. Jeter had been out with a bruised knee that caused him to miss playing with Dream Vision during the recent live period. Meantime, he’s planning on announcing his college choice this summer. “Sometime before July most likely,” the 6-foot-10 Jeter out of Las Vegas Bishop Gorman High School told dystnow.com. Jeter cut his list to six earlier this month — Kansas, Oregon, UNLV, Duke, UCLA and Arizona — and at that time Tweeted he planned to commit “before July.” Dream Vision director Clay Williams said Jeter may take more visits before deciding. “I think he may want to take more visits before he makes his decision,” Williams told SNY.tv Tuesday. Jeter visited Duke March 8 for the North Carolina game, and Williams previously told SNY.tv that Jeter is perceived by many as “quote-unquote a ‘Duke kid.’” If Jahlil Okafor is one-and-done at Duke — he is projected as the No. 1 pick in 2015 — Jeter could man the post beginning in 2015. “I love the atmosphere of Cameron Indoor and the fan base along with the idea of playing for a strong coach like Coach K is appealing,” Jeter told dystnow.com. Follow Adam Zagoria on Twitter And like ZAGS on Facebook