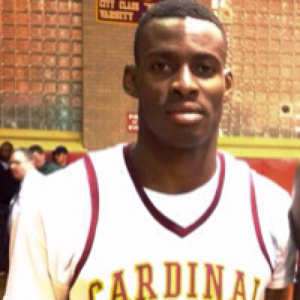 Nathan Ekwu, a skilled 6-foot-7 2014 forward from Cardinal Hayes in The Bronx, picked Davidson over Fordham on Friday, Hayes coach Joe Lods told SNY.tv. Ekwu called Davidson coach Bob McKillop to inform him after McKillop flew up to see Ekwu on Thursday. “Nathan told me he was very impressed with both coaches and both universities but he kept saying, ‘My heart tells me to go to Davidson,” Lods said Friday. Ekwu, who also considered Seton Hall, averaged 16 points, 12 rebounds and 3 blocks this season. “I think he can go in and play right away,” Lods said. “He brings sort of a unique skillset to Davidson, athleticism and shot blocking and things like that. Nice pieces.” He added: “He’s got good skills away from the basket. He’s a better shooter than people realize. He hit a decent amount of 3-pointers. He shoots the ball a lot better than people think. His upside is high.”