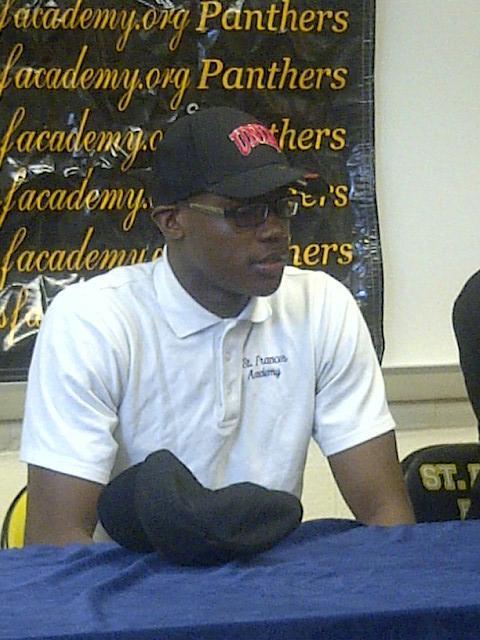 NEW YORK — UNLV not only kept their head coach. They kept their loaded recruiting class intact, too. By saying they will recommend a contract extension with head coach Dave Rice through the 2018-19 season instead of letting him flee to sunny South Florida, the Runnin’ Rebels also kept intact a three-man recruiting class of Dwayne Morgan, Goodluck Okonoboh and Rashad Vaughn “Had Dave Rice not announced he was coming back, for sure Dwayne Morgan and Rashad Vaughn were going to stick together regardless,” Morgan’s trainer and mentor, Dwayne Wise, told SNY.tv over the phone Saturday. “Dwayne would’ve had to get a release, which wouldn’t have been a problem. Dwayne and Rashad were definitely planning on sticking together.” The 6-foot-8 Morgan committed to UNLV a year ago, then signed a National Letter of Intent and has since helped successfully recruit the 6-5 Vaughn to Vegas. Vaughn committed in February, choosing UNLV over Iowa State, Kentucky, Kansas and North Carolina, but cannot sign an NLI until next month. Through a family spokesman, the Vaughns declined to comment. 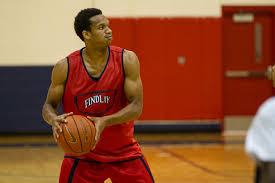 The duo would’ve made a huge late-season addition for some lucky school, with Wise saying Louisville and Indiana would’ve been in the  mix for both, while Maryland would’ve had a shot for the home-state Morgan. “Dwayne and Rashad were definitely planning on sticking together,” Wise said. “Louisville would’ve been possibly ideal. Indiana, just a few other locations where they would’ve been a lock at the 2 and 3. Maryland, depending on the situation with their scholarships.” It’s unclear what the 6-9 Okonoboh would have done but make no mistake, this would’ve been a huge loss for UNLV and a huge gain for somebody else’s program. According to ESPN.com, Vaughn is the No. 18 prospect in the Class of 2014, Okonoboh is No. 23 and Morgan No. 38. Vaughn is projected as the No. 11 pick in the 2015 NBA Draft by DraftExpress.com. Wise said there was a conference call Friday with the two players, Vaughn’s father, Morgan’s mother and an advisor to Vaughn in which they actively discussed leaving UNLV if Rice had taken the USF job, which at one point was Steve Masiello’s to lose. “They were both looking at schools that were already considering before they committed,” Wise said. But disaster for UNLV was avoided earlier Saturday when Wise said Rice called him to inform him he would be remaining at UNLV. “Dave Rice contacted me and Dwayne’s mother as as soon as he knew that he had what he needed to get done to stay as a coach at UNLV,” Wise said. “He’s staying. Ne notified me.” According to ESPN.com, Rice made $700,000 at UNLV, while USF is looking to pay its new coach more than $1 million a year. Now, Wise believes, Morgan, Vaughn and Okonoboh can form the core of something positive at UNLV, along with San Francisco point guard transfer Cody Doolin and the returning core, which  may or may not include junior big Khem Birch, who is considering the NBA Draft. “With these guys even if Khem returns they are gonna possibly be a Sweet 16 team,” Wise said. “These kids are coming in with a different kind of work ethic and skill. They have a chance to be a Sweet 16 team if Khem returns. “If Khem doesn’t return, they will definitely get into the NCAA Tournament,” Wise said. And Dave Rice now has that to look forward to, even if he won’t be in South Florida.