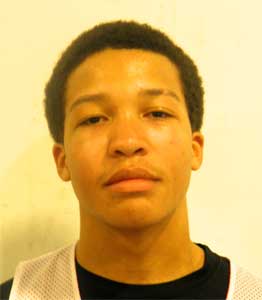 The Illinois program has caught some flack in recent years for its inability to keep elite prospects in-state. Exhibits A, B, and C: Jabari Parker, Jahlil Okafor and Cliff Alexander.

But make no mistake—they’re certainly putting in the effort. Their latest plans begin and end with point guard Jalen Brunson, arguably the top floor general in the junior class nationally.

Illinois head coach John Groce and assistant Jamall Walker were in attendance over the weekend as piloted his Stevenson squad to a non-conference win over Chicago Simeon and 2015 Illinois verbal D.J. Williams. The 6-foot-1 Brunson had 20 points in the win after scoring a career-high 54 in a double-overtime victory the night before.

The Illinois staff has become a regular fixture at Stevenson games of late. The Illini fell out of favor with the Brunson camp by temporarily receiving a verbal from 2014 point guard Quentin Snider, now committed to Louisville.

They’re undoubtedly back in the mix.

Upshaw had a spectacular week for Hofstra as he averaged 29.5 points per game, while also chipping in with 3.5 rebounds and 2.0 assists per outing. He played 78 out of a possible 80 minutes and started both games.

Upshaw started the week with a 26-point effort against Delaware (81-77 loss). He drained four three-pointers against the Blue Hens, while adding three rebounds and an assist. 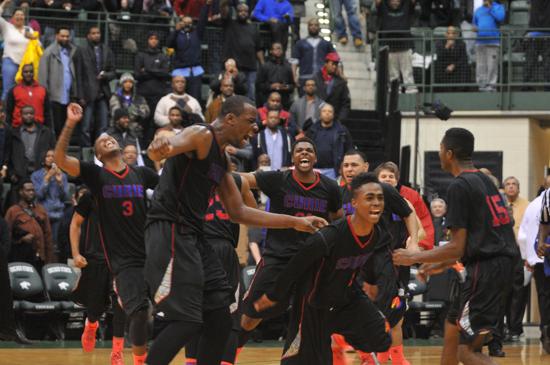 Now it’s being reported that Curie is being investigated for using ineligible players.

Now that Syracuse has lost two straight games in the ACC, the Orange are no longer atop the conference standing and are in jeopardy of not winning the league.

Syracuse of the ACC and Creighton of the Big East are both trying to become the second team after Arkansas in 1992 to win a major league in their first year as a member.

But as college basketball heads toward March Madness, the ACC isn’t the only league up for grabs.

While Kansas (12-2 in the Big 12) appears to have their conference wrapped up and Florida (14-0) is headed to the SEC title, the American, Big East and Big Ten are all closely contested 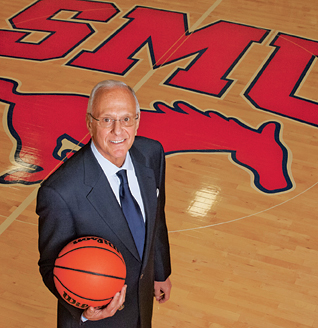 Southern Methodist capped an impressive week for the program with a 64-55 victory at No. 21 UConn on Sunday.

Larry Brown’s club has now won 22 games — the most in program history since the 1987-88 season. They have won 11 of 13 overall and appear a lock for their first NCAA Tournament berth since 1993.

But Markus Kennedy – who went for 13 points and seven rebounds — says the team has far bigger goals.

“It’s not about getting to the tournament,” Kennedy said, according to the AP. “It’s about getting a good seed and making a run for it. We’ve got the Final Four in our city and it should be a home game for us.”