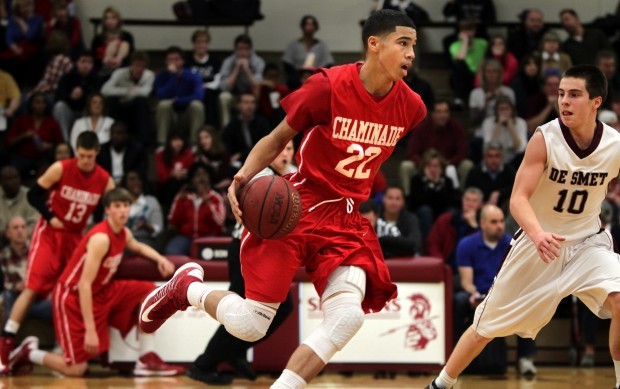 By JACK LeGWIN Special to ZAGSBLOG Jayson Tatum has picked up another high major offer, this one coming from Duke. Tatum, the No. 4 ranked player in the Class of 2016 by ESPN, currently holds offers from Kentucky, UNC, Florida, Kansas, Missouri, Illinois, Marquette, Memphis, Michigan State, Ohio State, St. Louis, and now Duke. Tatum confirmed the offer per text on Monday night. “Just earlier tonight when we talked on the phone,” Tatum told SNY.tv.  Tatum said he thinks that there would be much to gain by attending Duke University and playing under Coach Mike Krzyzewski in the fall of 2016.  “It would mean a lot because he is a legendary coach,” Tatum told SNY.tv. “I would learn a lot from him.” Listed at 6-foot-7, Tatum has proved that he deserves to be in the same discussion as Harry Giles, Thon Maker and Josh Jackson as a possible top player in the class of 2016. A long and lanky player who can run the point as well as play multiple positions on the court, Tatum is an incredible talent who will be much appreciated at the next level. Even after this big offer for the sophomore, Tatum insists he doesn’t have any favorites. “I don’t really have any favorites just yet,” Tatum said. “Just taking it one step at a time. It’s a blessing right now, just thankful.” PHOTO- Nation of Blue Follow Jack on Twitter