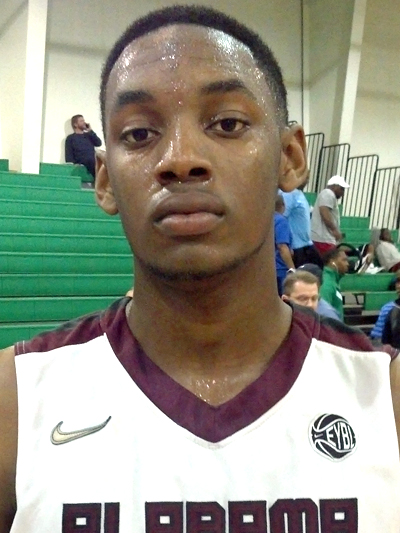 By JACK LeGWIN Special to ZAGSBLOG BARTOW, Fla.- Three schools are working hard to snag Jeff Garrett, one of top unsigned prospects in the class of 2014. “USF, Oregon State and Murray State are showing the most interest,” Garrett told SNY.tv after a win over Ridge Community in which he scored 16 points, at the Mosaic Shootout on Saturday. “All of them are pretty much the same, they have an up and down tempo, they all win, and they’re all in good conferences.”  There are a couple criteria for the small forward from Oldsmar Christian (Fla.) when it comes to making his choice after the season ends. “I’m looking for up and down tempo, a place where I can play right away, as well as a family environment,” Garrett said. “I want to wait and focus on school first right now though, and wait to make a decision.” Listed at 6-foot-7, 210-pounds, Garrett will thrive in a system where he can play his natural position at small forward. At Oldsmar Christian, playing for coach Jordan Fair, Garrett has shown that he can play the point all the way through the power forward positions. A native of Gadsden (Ala.), he was also a member of the Alabama Challenge on the EYBL circuit alongside Kentucky-bound Devin Booker. He made the transfer to Oldsmar Christian for his senior year, and has thrived against a higher level of competition, averaging close to 17 points a game. “It’s been a good transition,” Garrett said. “I got to see a little bit more talent this year, and I got to work on my game, being more consistent with my jumpshot.” If Garrett were to attend USF, he would join current teammate Troy Holston, who committed during the fall. If he chose Oregon State, he would also be attending with a teammate Isaiah Manderson. Follow Jack on Twitter