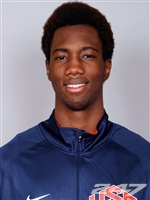 By JACK LeGWIN Special to ZAGSBLOG A nationally ranked guard from the class of 2015 has chosen to attend UConn. Willie Jackson, a 6-foot-4, 175 pound combo guard from Athens Christian (Ga.), became the second 2015 UConn commit alongside Prince Ali, when he chose the Huskies over offers from Georgia, Florida, Memphis, Kansas, Georgia Tech and Alabama. “I chose UConn because I love their style of play,” Jackson told SNY.tv. “The school has great tradition and the coaches are great people that I feel will make me a better person and basketball player. “And I feel like through Christ I will be able to be a great team player who will get everybody involved and also do my job as a combo guard.” The news was first reported by OnTheRadarHoops.com. Jackson will immediately help on both sides of the ball. He will contribute on the offensive side with his high IQ, as well as on the defensive side with his length. He will need to improve his range on his jump shot to stretch the floor, but he figures to fit in well alongside of Ali, the Sagemont (Fla.) point guard. Jackson said UConn coach Kevin Ollie told him he “would be a combo guard and would like for me to be able to be a point guard who scores and also distributes the ball. With Daniel Hamilton and Sam Cassell Jr. also signed for 2014, the Husky fan base should have something to look forward to in the not-so-distant future. Follow Jack on Twitter