Holston to USF; Taylor to UCF 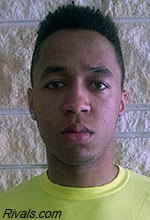 On Wednesday morning, Troy Holston verbally committed to the University of South Florida. “I am proud to announce that I am officially committed to University of South Florida !!! #USF #GoBulls,” Holston tweeted on Wednesday morning. The 6-foot-4 shooting guard out of Oldsmar Christian (Fla.) made the commitment coming off of his visit on Monday to USF, in which he came away very impressed with the program. “They told me that they’ve seen both my good games, and my bad games, which is key,” Holston told SNY.tv on Tuesday. “Many schools have seen your good games, but not your bad games, so its nice that they have seen both, and what I am capable of.” He chose USF over Miami, Alabama, Kansas State, Memphis and Marquette. One of the best catch-and-shoot players in the class of 2014, Holston will make an immediate impact for the Bulls as a player that can knock shots down with consistency from the outside. TAYLOR TO UCF B.J. Taylor, a 6-2 point guard from Orlando (FL) Boone, committed to UCF. “Excited to say I have COMMITTED to play college basketball for the UCF KNIGHTS!!! All the glory to God Almighty!!! #GoKnights,” he Tweeted. He also reportedly considered Miami and Lehigh. Follow Jack on Twitter