Will Jabari Parker Stay at Duke Longer Than One Year? | Zagsblog
Follow @adamzagoria

Will Jabari Parker Stay at Duke Longer Than One Year?

By BRIAN FITZSIMMONS Special to ZAGSBLOG NEW YORK – Jabari Parker noticed many high-profile celebrities dotting the Barclay Center’s sidelines at the Jordan Brand Classic on Saturday. Michael Jordan sat in a posh suite throughout the night, while Yankees ace C.C. Sabathia joined the Knicks trio of Amar’e Stoudemire, Carmelo Anthony and J.R. Smith in the courtside seats. LaLa Vasquez, Busta Rhymes and rapper Drake, who performed after Parker’s West squad squeezed by in a 102-98 victory over the East, comprised a strong music-based showing. Of course, the presence of Worldwide Wes and Spike Lee added some character to the VIP list, too. But the Duke-bound Parker, who scored 16 points and grabbed seven rebounds and later accepted the team’s MVP trophy from Anthony at center court, clearly didn’t let the magnified scrutiny and attention get to him. That’s a good thing because the 6-foot-8 small forward from Chicago Simeon High School should get used to seeing celebrities watch him play every night very quickly. Maybe not as quickly as once thought, though. Parker revealed a very interesting – and potentially NBA draft-altering tidbit — to SLAM magazine recently. “I may play in college for two or three years,” said Parker, who likely would be a top-five pick in the 2014 NBA Draft. “It doesn’t matter to me. I want to go to school. That’s important to me. I just want to go to school. I want to have some years in college. But I don’t know what the circumstances are going to be.” 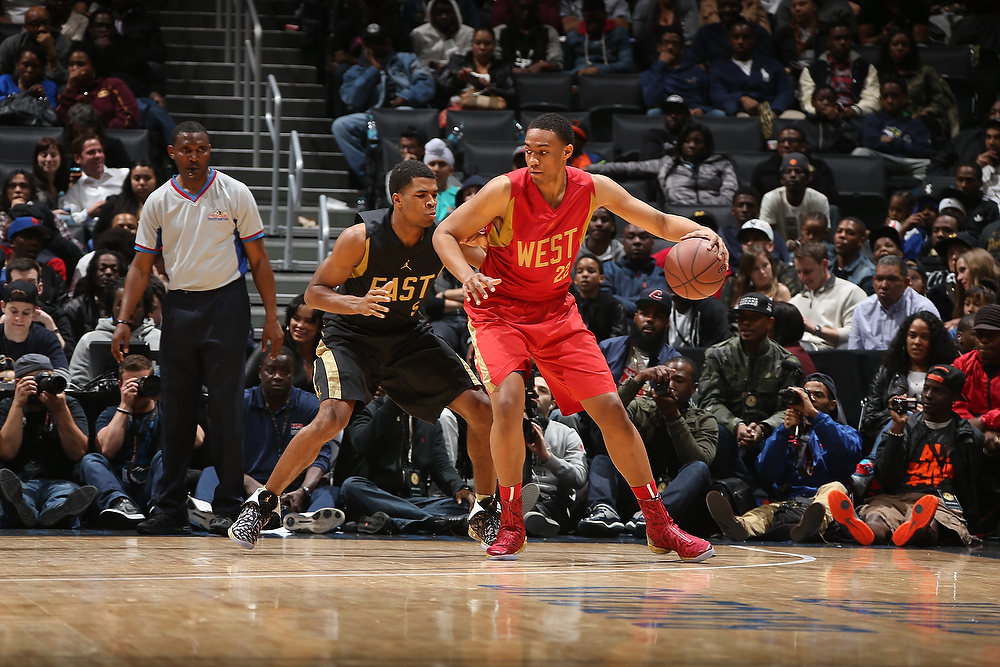 According to DraftExpress.com, Andrew Wiggins (Huntington Prep, W. Va.) – the No. 1 player in the Class of 2013 – is listed as the top pick in the 2014 Draft ahead of Julius Randle (Prestonwood Christian, Texas), Aaron Gordon (Archbishop Mitty, Calif.) and Andrew Harrison (Travis, Texas). Those four prospects also competed with Parker in the Jordan Brand Classic. Jonathan Givony, the site’s publisher, told SNY.tv he doesn’t think Parker is a one-and-done type of prospect. So it seems Parker isn’t sold on leaving after one year in a Blue Devils uniform. Would this decision become a burden on him? “Not really,” he said after the Jordan Game. “I just want to go to school any way, shape or form. Going to Duke is really special for me because people out of my neighborhood probably wouldn’t have even thought of getting an education. I’m just looking at different opportunities where I could grow. I don’t know where it’s going to be, but I’ll always keep my eyes open and my options.” 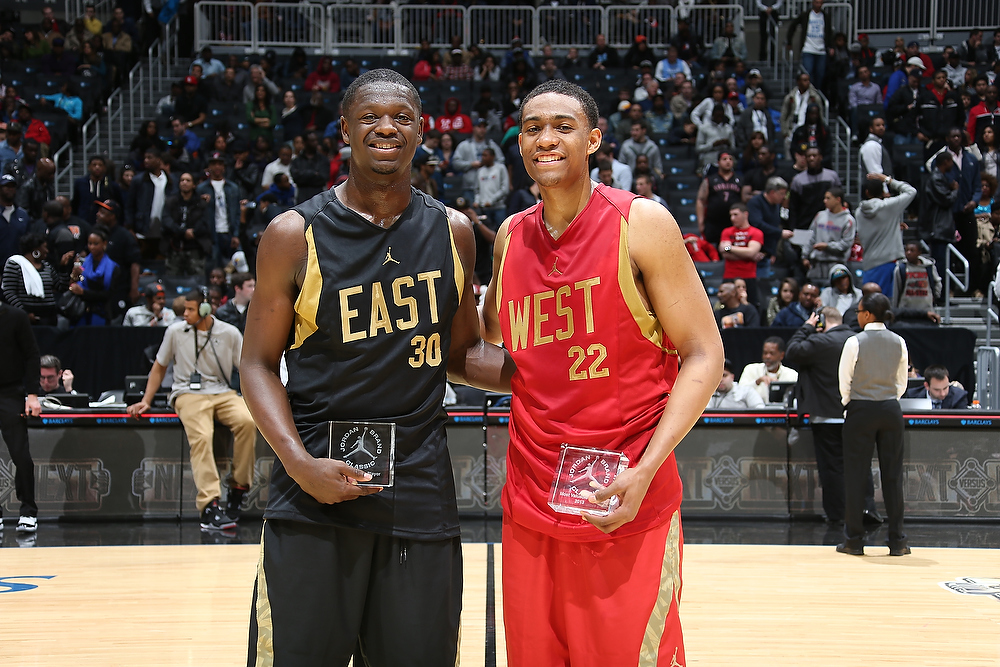 Parker enjoyed a much stronger performance in the Jordan Game than in last week’s McDonald’s All-American Game, during which he mustered just 10 points. His final high school outing prompted Anthony and Stoudemire to dish out some compliments. “I was just impressed,” Anthony, whose Knicks have won 14 of 15 entering Sunday’s game against the Indiana Pacers, told SheridanHoops.com. “I know when I was in high school we wasn’t as big as these guys today, man. They look like they’re in the gym already in the weight room and things like that. They’re already one step ahead.” Parker was elated to have heard that news – and meet the duo afterwards. “It was a great experience,” he said. “I don’t have a personal relationship with either of them, but as soon as we saw each other, when they met the team and everybody, they gave us a lot of respect. We really honored that… It’s always great playing here. We got the chance to get some exposure, playing in front of different types of people. It was a great experience and I loved it.” Photos: Kelly Kline / Jordan Brand Follow Brian Fitzsimmons on Twitter here

With Zeller Leaving, Indiana's Crean Has High Hopes for Vonleh