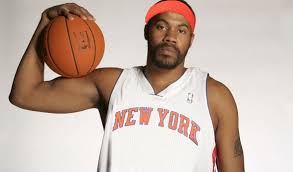 NEW YORK — Give this to Rasheed Wallace. He’s honest. Wallace basically conceded after the Knicks smashed the defending NBA champion Miami Heat, 104-84, Friday night that West Coast players often have trouble focusing for games in New York because they like to go out and party the night before. “It was really hard for the simple fact, with it being New York, it’s a lot of things to do here in the city,” Wallace, who spent the first nine seasons of his career in Washington and Portland, said in the Knicks locker room. “And especially if you were that West Coast team, it’s like OK I’m out here for this one game or one night so I’m going to go here and have some fun and then that next day is the hard part because you gotta play against a bunch of good athletes and you gotta be in tip-top shape.” Wallace, 38, has quickly become a fan favorite now that he’s in New York. With the game well in hand in the fourth quarter, the fans began chanting “Ra-sheed Wall-ace,” and head coach Mike Woodson obliged. In his first NBA action since Game 7 of the 2010 NBA Finals with the Celtics, Wallace went into the game and promptly hit a 3-pointer — one of 19 the Knicks made on the night. He finished with those 3 points and 1 rebound in 3 minutes. “I mean, it was cool, it was cool,” Wallace said of the fan reaction. “It was nothing that didn’t happen to me before.”

'Melo': A New Moniker for a Changed Man

Knicks to Hold Camby Out Until End of Week