Indiana, UCLA Could Meet in Early Battle of 1 vs. 2 | Zagsblog
Follow @adamzagoria

Indiana, UCLA Could Meet in Early Battle of 1 vs. 2 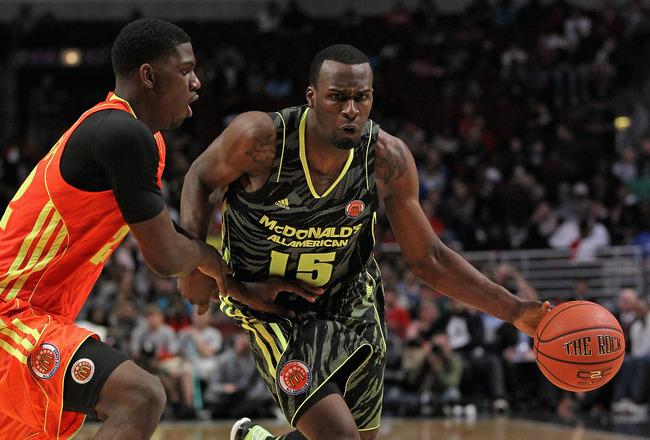 Indiana and UCLA are ranked 1-2, respectively, in The Sporting News preseason basketball poll. And the two traditional powerhouses could meet Nov. 20 in the final of the Legends Classic at Brooklyn’s Barclays Center. Indiana plays Georgia in the first semifinal Nov. 19, and UCLA faces Georgetown in the second semifinal. “We’re moving forward,” Hoosiers coach Tom Crean told SNY.tv at the Peach Jam. “I don’t think as a coach you ever feel like you’re really where you want to be because there’s always room for improvement. “But there’s no question we’re back in the conversation and there’s no question that barring injuries and unforeseen things we’ve got an opportunity to do that [compete for an NCAA championship].” Both Indiana and UCLA have stellar recruiting classes coming in, although it remains unclear if UCLA freshman wing Shabazz Muhammad will have to miss any time. He is currently battling a high ankle sprain ahead of the Bruins’ trip to China Aug. 22, and could also be penalized by the NCAA for accepting improper benefits. A source close to the situation said Muhammad and his family were working with the UCLA compliance department to work out the situation. UCLA’s trip to Brooklyn will also mark a homecoming for 6-foot-9 former St. Anthony point guard Kyle Anderson, who had offseason thumb surgery but is expected to be fine for the China trip. Indiana’s recruiting class is led by Yogi Ferrell, Jeremy Hollowell and Hanner Perea. ***