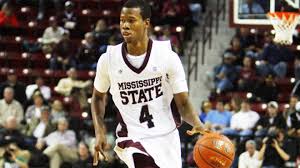 Rodney Hood is currently at the Kevin Durant Skills Academy in Chicago and will decide later this week between Duke and Ohio State. “When I get home from this camp, the day after I’ll pick a school between Duke and Ohio State,” the 6-foot-7 Mississippi State transfer told SNY.tv from the Durant camp. “It’s either going to be Wednesday night or Thursday.” Hood visited Duke last week and is strongly considering the Blue Devils “I went to the visit and I got to talk with Coach K eye to eye and the rest of the coaching staff,” Hood said. “I met some of the players. You know, it just felt great. When you go to Duke you’re playing on the highest level of college basketball and the tradition there is great so it was good to go visit.” Ohio State has the advantage of having Hood’s former AAU teammate, LaQuinton Ross, but Hood said that wouldn’t necessarily impact his decision. “I’m just going to make my decision,” he said. “It’s the second time around so I want to make the best decision for me. I just like the coaching staff there and ‘Q’ is a bonus. But I like the players and I just like the basketball part of it.” Hood said he is not considering Memphis, which he also visited. “No, sir,” he said. Wherever he lands, he plans to be an attacking player on the offensive who hopes to mature and improve during the year he sits out. “Just attack at all times on the offensive end and just [be] an all-around player,” he said. “I’m developing defensively and just [becoming] an all-around player.” Hood averaged 10.3 points and 4.8 rebounds in his only season at MSU, and earned Freshman All-SEC honors. He said he’s learning a lot from being at the Durant camp. “It’s been real fun playing against the top players in the country,” Hood said. “They’re getting the best kids…and just competing at a high level so it’s been great.”

Back From Cincy, Russell to Visit Kentucky Monday