Shumpert, out of Georgia Tech, averaged 9.5 points, 2.8 assists and 1.7 steals and was the team’s best perimeter defender.

Here are the full teams:

“I’m ready to play for the USA Team,” Harrell, the former Virginia Tech signee, told SNY.tv by text. “I’m just happy to have been nominated for the team and get a chance to show what I have.”

Deron Williams Says He Hasn’t Made a Decision on Future 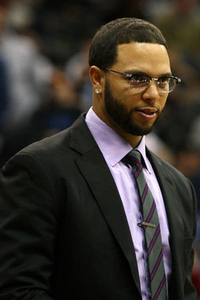 EAST RUTHERFORD, N.J. — Deron Williams sat down with the media Tuesday at the Nets free agent mini-camp to say that he doesn’t know where he will end up next year, but hopes to have an idea by July 1.

“I want to reiterate, I don’t know what I’m doing next year,” the 27-year-old point guard said. “Still, nobody does but me. Not even my mom, my brother, my uncle, my cousin—I haven’t talked to anybody about where I’m going next year.”

A three-time NBA All-Star, Williams is expected to opt out of his contract with the Nets by 12:01 a.m. July 1 and become an unrestricted free agent.

Williams has a player option worth $17.7 million for the upcoming season.

The Nets can offer Williams a five-year, $109 million max contract if he opts out, about a year and $28 million more than any other team. EAST RUTHERFORD, N.J. — Sylven Landesberg left Virginia after his sophomore season with hopes of getting drafted into the NBA.

Instead, the Queens native went undrafted and ended up playing in Israel, far from home and the bright lights of the NBA.

“When I came out I thought I was ready to compete,” Landesberg told SNY.tv following a workout Monday at the Nets free agent mini-camp. “Just watching myself now two years later, I’ve grown a lot as a player. Looking back, I’ve grown a lot.  I feel like I got a lot better since those past two years.” 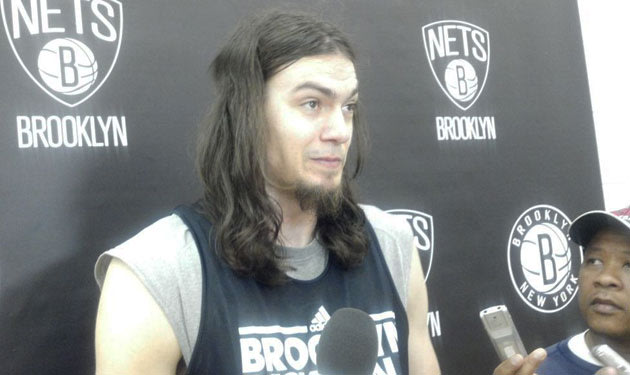 EAST RUTHERFORD, N.J. — Adam Morrison carries the heavy emotional burden of belonging to a select club that no one wants to be a part of.

The No. 3 pick in the 2006 NBA Draft, Morrison was out of the NBA last season and playing for Turkish club Besiktas Milangaz, the same team Nets point guard Deron Williams briefly played for before returning to the NBA after the lockout.

Now Morrison is back trying to get one more shot to live up to his potential. He was the star attraction among 22 players at the first day of the Nets’ free agent mini-camp Monday.

“When they asked me, ‘Do you want to talk to the media?’ [I thought] Christ, you guys haven’t seen me in three, four years,” the 6-foot-8 Morrison, sporting hair well below his shoulders, said with a chuckle.

“I understand that I’m never going to shake being a bust or being a failure in some people’s eyes, but I’ve experienced a lot of highs in basketball,” added Morrison, who turns 28 in July. “So I guess you can call it a hardship but it’s really not. I get to play basketball for money and it’s pretty good.”