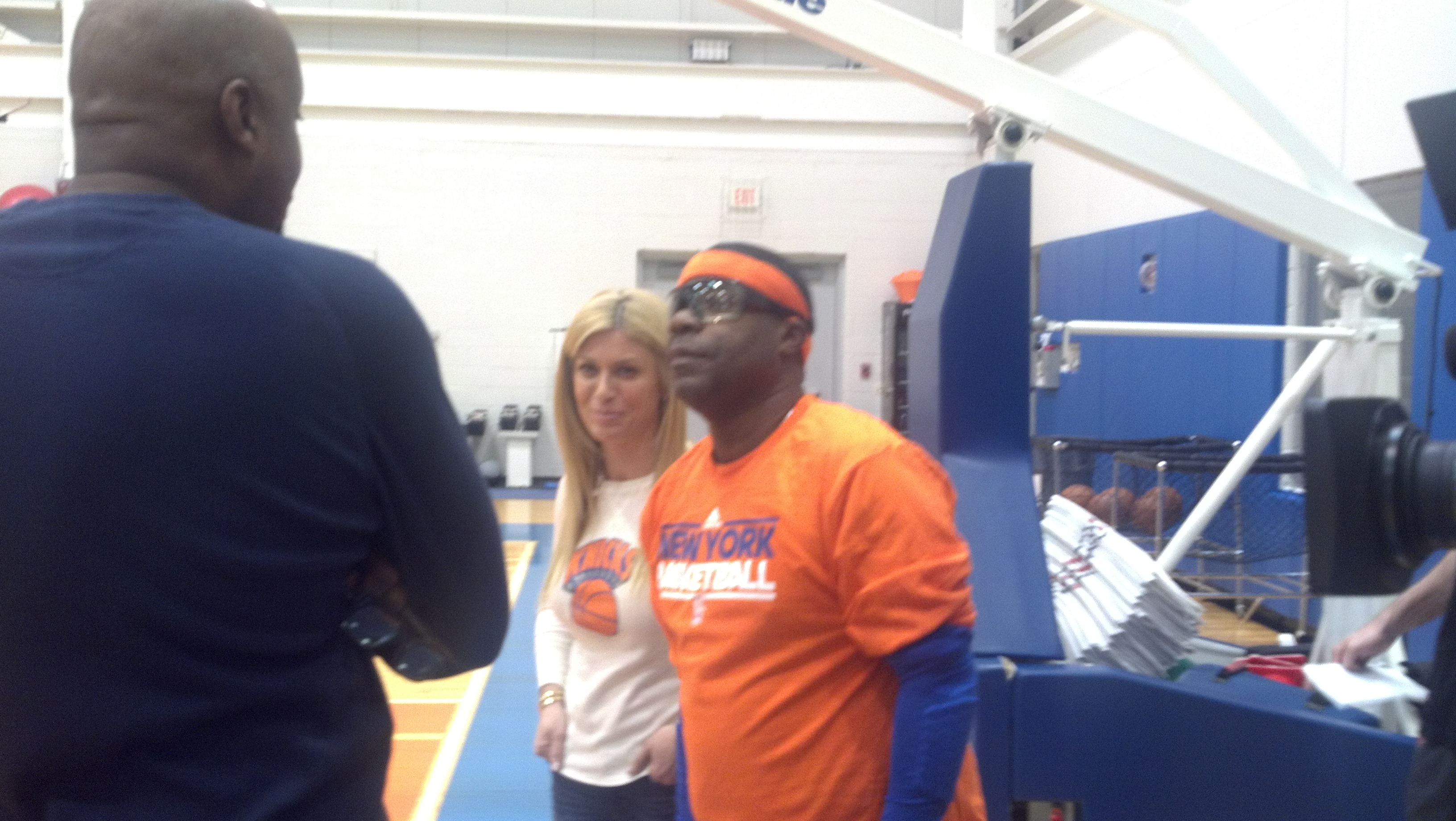 GREENBURGH, N.Y. — Comedian Tracy Morgan was in fine form at Knicks practice Saturday, essentially guaranteeing a Knicks championship this year because he’s bringing “Trasanity” to the team. “I think that we’re going to win a championship,” Morgan told reporters. “We’re the New York Knicks. We play hard, we play long and we play good. “Anybody wanna make a bet on that? I’ll bet my contract, two-dollar contract.” Knicks forward Carmelo Anthony played around with Morgan on the court and said it brightened his day. “It’s just fun, man,” Anthony said. “Tracy is a guy who’s a long-time New York Knicks fan. For him to just come up here to our practice facility after a practice and bring some laughs up here, some funny jokes, just being himself, you could always use that.” Some other solid one-liners from the “30 Rock” star: **”We’re ready for the push. You know, Trasanity is coming to New York. I’m running the point, we’re feeling good out there. We’re moving the ball around and spreading the court.” **”We’re not worried about Derrick [Rose]. We got Trasanity. He’s a phenomenon. I’m a phenomenon. Everybody knows I make a lot of noise on the top court when I shoot. All that stuff is going to scare everybody. And I just don’t think Derrick Rose can match up with me.” “I made the announcement, I decided to bring my talents to New York. I played with the Hackensack Kangaroos for 20 seasons and I made the announcement on ESPN last night. Ya’ll didn’t see it? It came on at 6 o’clock in the morning right after the commemorative coin commercial, Time Life presents.”