Vote for the Greatest Tennis Match of All Time 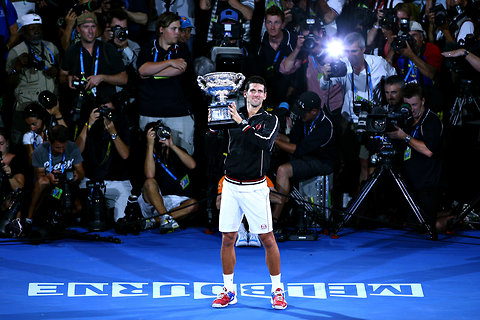 Novak Djokovic’s epic five-set victory over Rafael Nadal in the Australian Open final was the longest Grand Slam final in the Open Era. But was the latest Nadal-Djokovic battle the Greatest Match of All Time? Nadal said he ranks the match — which required 5 hours 53 minutes — alongside the historic 2008 Wimbledon final in which he beat Roger Federer, 6-4, 6-4, 6-7 (5), 6-7 (8), 9-7, in 4 hours 48 minutes. “For me it was a little bit more special, the 2008 (Wimbledon final),” Nadal said. “But I really understand that (the Australian final) was a really special match, and probably a match that gonna be in my mind not because I lost, no, because the way that we played.” There is no definitive criteria for ranking the “Greatest Match of All Time,” but the 1980 Wimbledon final between arch-rivals John McEnroe and Bjorn Borg is always in the conversation. McEnroe saved five match points en route to capturing an epic 18-16 fourth-set tiebreak, but couldn’t break Borg’s serve in the fifth and lost the final set 8-6. I watched that match at my parents’ home in Crugers, N.Y., along with the 1982 Davis Cup quarterfinal between Sweden and the USA in which McEnroe battled Mats Wilander across 6 hours 22 minutes before prevailing 9–7, 6–2, 15–17, 3–6, 8–6. It was the longest match in Davis Cup history and I recall this about it: my father left our house after the match started, drove to my grandparents’ home in Somerville, N.J., spent a few hours with them, drove home and the match was still going on. The 2010 first-round Wimbledon match between John Isner and French qualifier Nicolas Mahut was the longest match in tennis history in terms of both time and number of games. After 11 hours 5 minutes of play across three days, Isner prevailed, 6–4, 3–6, 6–7 (7), 7-6 (3), 70–68 for a total of 183 games. So what’s your vote for the Greatest Match of All Time? [poll id=”11″]