NEW YORK — Carmelo Anthony returned from a two-game hiatus due to injuries and gave the Knicks just what they needed in a game he called a “must win.”

Anthony scored a game-high 25 points on 9-for-14 shooting and dished six assists as the Knicks snapped a three-game losing streak by smacking the downtrodden Detroit Pistons, 113-86, at MSG.

“My legs felt great out there tonight,” Anthony said. “I felt refreshed, just taking these five, six days off that I did. It really helped me out big-time. I could feel me having my explosiveness back.”

During his introductory press conference Tuesday, Rutgers football coach Kyle Flood was asked by one reporter for an update on recruiting target Darius Hamilton, the son of former Giants All-Pro Keith Hamilton.

Flood wasn’t thrown off by the question, and accurately said he couldn’t comment on unsigned players.

“I can’t comment on that until [Wednesday] but I’m looking forward to commenting on it,” Flood said.

During his National Signing Day press conference on SNY Wednesday, Flood will be able to praise the 6-foot-4, 245-pound Hamilton all he wants.

The No. 2 strongside defensive lineman in the Class of 2012, Hamilton chose Rutgers Tuesday night over Miami. He can sign Wednesday. NEW YORK — Brandon Knight admits he wonders what it would be like to still be playing for Kentucky and getting the chance to lob alley-oop passes to freshman sensation Anthony Davis.

“Of course , of course, I would think about that,” Knight told SNY.tv before shooting 3-for-8 for nine points with one assist as the Detroit Pistons lost their sixth straight, 113-86, to the Knicks Tuesday at Madison Square Garden.

“They’re doing great this year so congratulations to them. I feel we’d be doing even better if I was there.”

While Knight’s old team is 22-1 and ranked No. 1 in the nation, his current team is 4-19 and owns the second-worst record in the NBA.

He has already lost more games in his rookie season with the Pistons than he did in his last two years — one at Kentucky and one at Fort Lauderdale (Fla.) Pine Crest — combined.

Lavin Recruiting on the Bayou

While St. John’s prepares to play DePaul Wednesday in Chicago, head coach Steve Lavin is recruiting on the Bayou. 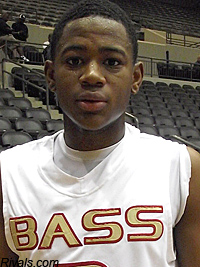 Lavin hopes to sign five or six players in the Class of 2012 during the spring, and then add a few more in 2013, when it’s possible players on the current roster could be gone.

“He came down and watched a practice session and said he liked Jarell and was impressed,” Jeff Jones, head coach at Baton Rouge (La.) Madison Prep, told SNY.tv.

A waiver is in place and the staff hopes he will be eligible in the fall.

A former big man at Barstow (Calif.) Colllege, he will have two years of eligibility remaining.

In December, the Brooklyn native said he left Fresno for personal reasons.

‘It wasn’t like that,” he told the Fresno Bee about reports there was a conflict with the coaches. “The coaching staff there is great, enthusiastic. I actually love the coaches, especially Coach (Jerry) Wainwright. They taught me a lot. It’s just I had a lot of pressure on me, like, from other things.

Per NCAA regulations, the 6-foot-8 Johnson must sit out a year and will become eligible in December.

“It’s a good fit because it’s closer to home,” Johnson told FiveStarBasketball.com. “Coach [Ed] Cooley is a real good guy and I like the way he’s rebuilding the program up there.”