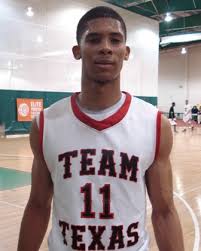 Former Texas A&M guard Jamal Branch verbally committed to St. John’s. “I chose St. John’s because I think it’s a perfect fit for me,” Branch told SNY.tv by text. “They have a great coaching staff who I feel can help me a lot with my game. Those guys are like teachers in a classroom but teachers of the game. They know so much about the game.” The 6-foot-3 Branch, from Arlington, Texas, averaged 4.2 points and 2.5 assists in 18.6 minutes a game as the backup to senior point guard Dash Harris. Branch, whose commitment was first reported by the Daily News, also considered Maryland, Arizona and Marquette. Branch will have to sit a year per NCAA regulations, and could suit up in December 2012. In the meantime, he can practice as soon as he enrolls and could help freshmen guards Phil Greene and D’Angelo Harrison improve. “The players there are pretty cool and with me knowing D’Angelo helped me make my decision,” Branch said. “That’s like my little brother and we always wanted to play with each other. Me and him click well and are looking forward to doing big things here at St. John’s. “They have a really great team and I think we could compete with anyone in the future.” Speaking generally last week about recruiting going forward, St. John’s coach Steve Lavin, who may not return to the sidelines until the 2012-13 season as he recovers from prostate cancer surgery, told SNY: “It’s the same things that we’re selling when it comes to St. John’s, the Big East Conference, Madison Square Garden, great tradition and heritage, a brand of basketball that we think kids prefer to play, an exciting up-tempo baseline-to-baseline attack style of basketball and then an outstanding coaching staff that can help develop you. And then an education from St. John’s in New York City, one of the great places to live in the world and when you put that together it’s very attractive.”

Birch to UNLV, Watch Out for the Rebels