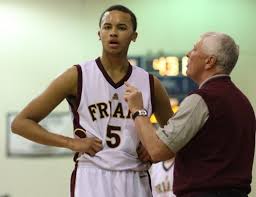 HACKENSACK, N.J. — Kyle Anderson admits that his life is more relaxed now that he’s signed, sealed and delivered to UCLA. Yet that hasn’t stopped the 6-foot-9 point guard from setting big goals. “My junior year we didn’t lose a game, and I kind of want to finish like that my senior year,” Anderson said after finishing with 13 points, 10 rebounds, 5 assists and 7 turnovers as St. Anthony won its 40th straight game, 51-50, over St. Benedict’s at the New Year’s Jump Off at Hackensack High School. “Part of playing for St. Anthony is going down in history, that’s what it’s all about. “So we would be the first team to go 66-0 and win two national championships so that’s just our goal.” Told of Anderson’s lofty plans, St. Anthony Hall of Fame coach Bob Hurley cracked, “I’d like a  slice of pizza right now. There’s a better chance I’ll have a slice of pizza tonight than that 66-0 in a row, but I’m thrilled that that’s what he’s thinking about.” In Anderson’s first year at the Jersey City school, the Friars went a perfect 33-0 last season en route to the mythical national championship. Included in those 33 wins was a victory over current Kentucky freshman Michael Kidd-Gilchrist and St. Patrick in the unofficial national championship at Rutgers. Playing St. Benedict’s for the first time in more than a decade, St. Anthony trailed by seven points at halftime and by 40-32 late in the third, but closed the game on a 19-10 run. Anderson made 1-of-2 foul shots with 36 seconds left for what turned out to be the decisive point. Anthony, whom Hurley has compared to Magic Johnson, said he’s more at ease now that he signed with UCLA. “It lets me focus on the season more,” Anderson said. “Now I don’t think what school I want to go to….so we’re able to focus more. I’m able to focus more. Everything’s just much better.” Still, Anderson is out recruiting for the Bruins. 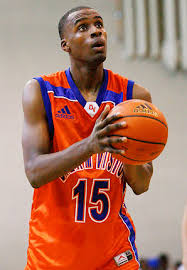 He says he talks to 6-6 small forward Shabazz Muhammad, the No. 1 player int the Class of 2012, and 6-9 forward Tony Parker nearly on a daily basis. “Yeah, I talk to them almost every day,” Anderson said. “I really want to get them there.” Muhammad is down to six schools: UCLA, Kentucky, Arizona, Duke, UNLV and Kansas. “He likes [UCLA] but it’s just a decision that he has to make,” Anderson said. Parker, who teamed with Anderson on the Playaz Basketball Club to win the IS8 fall title, is considering several schools, including UCLA, Duke, Ohio State, Memphis, Kansas and Georgetown. Asked how good UCLA, which also has shooting guard Jordan Adams coming in, could be with both Muhammad and Parker, Anderson said, “Yeah, we could be Final Four good.” Anderson said UCLA’s 1-4 start didn’t deter him from wanting to play for Ben Howland‘s club. “It was unfortunate,” he said. “Everybody goes through bumps, it’s unfortunate that they went through the bumps that early in the season, but they’re getting better now.” Still, while Anderson is dreaming about Final Fours down the road, he wants to win another title this year. 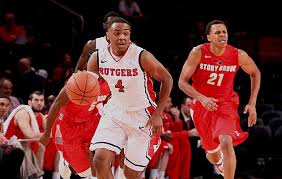 To do so, the Friars (7-0) must continue to adjust to playing without point guard Myles Mack, who was a key ingredient last year but is now hooping it up for Mike Rice at Rutgers. “Myles Mack and he have played together since they’re 9 years old,” Hurley said. “So there have been years and years of knowing when you penetrate where that shooter is. “We’re trying to convince him that Tariq [Carey] is one and Hallice [Cooke] is two and when those kids are in the game, you can penetrate and pitch it and they’re going to make shots.” Anderson concedes his team is still jelling but said he can’t fall back on Mack’s absence as an excuse. “Myles is not here so we can’t throw that name out here with this team,” Anderson said. “We just gotta do what we gotta do with the people that we have on the court.” Anderson remains the key person the Friars have on the court, and Hurley, who has coached some great players in his day, says he’s never coached another player like him. “He’s physically in much better shape,” Hurley said, adding that Anderson is up to 220 pounds and more than doubled his bench press to 235 pounds. “He’s worked really hard in the weight room, and he’s a much better defender. And he’s a kid who loves the sport. “The sky’s the limit with him and he just loves to play. People just have to be  patient with this development because he’s such a unique player and we’re struggling trying to take advantage of all the things he can do because you can’t have him on both sides of the pass. When he’s your best passer, you’d also like to throw the ball to him near the basket. “But we haven’t been able to do that yet. You can’t feed the post and be the receiver in the post, too.”