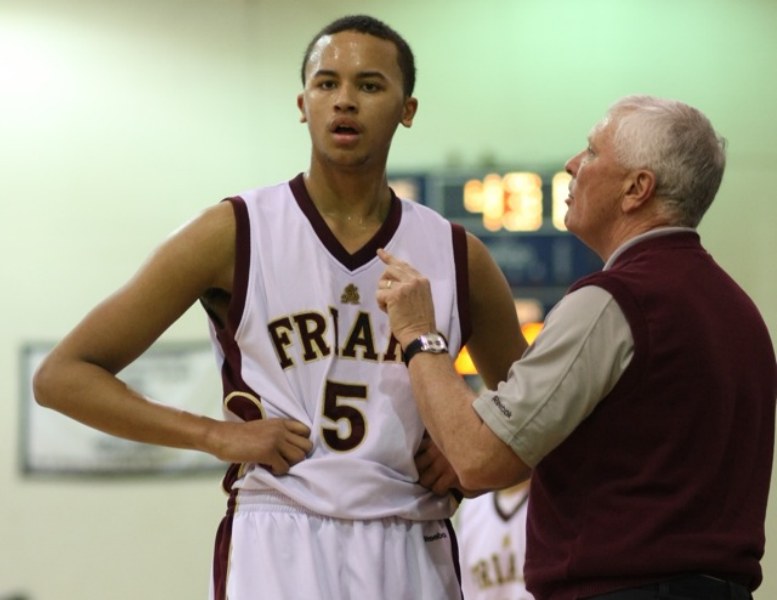 By ADAM ZAGORIA PISCATAWAY, N.J. — Bob Hurley has coached some pretty good players in his day. Bobby Hurley, Terry Dehere, Jerry Walker, Mike Rosario and Tyshawn Taylor are just some of the players to come through St. Anthony over the years. Yet Hurley reserves special praise for 6-foot-8, UCLA-bound point guard Kyle Anderson. “I think he’s the most dominant player to ever play at the school,” Hurley, a Naismith Hall of Famer, told SNY.tv last week at Rutgers. “His improvement from last year till now is unbelievable. He’s certainly the most versatile kid ever anywhere near his size that I’ve ever coached.” Anderson ended a high-stakes recruitment process last month when he chose UCLA over Seton Hall, St. John’s, Florida and Georgetown. Now, he can focus on his senior season at St. Anthony, the defending mythical national champs. “He’ll play wherever he wants,” Hurley said. “At this point in time, if he wants to go to the foul line against the zone, he’s very good there. IF he’s up at the top of the circle and he’s shooting a 3, he seems to be making a lot of those. “So we’re going to kind of figure this thing out. Last year we were working on figuring it out, but he’s made it a little more complicated because he’s even better than he was. So now we have to try to utilize every part of what he can do. He can’t throw the ball to himself, so the other pieces have to figure out how good he is, just like the coaches have to figure it out.” When speaking last week with UCLA coach Ben Howland, Hurley made some suggestions about how the coach could play him. “I think he’s a modern-day Magic Johnson,” Hurley said. “I think that let him play the point. He gets everybody shots. “You don’t have him back defensively balancing the floor, you’re wasting him. But you let him do a lot of what the point guard stuff entails. But then also defensively you don’t bother guarding him on the little guy. Put him on maybe the three man or even sometimes the four man if he’s a step-out player. “And now you have a guy like Larry Bird who anticipates. He gets a lot of deflections and steals. He’s long, he blocks shots. And then when he gets a defensive rebound, you got a fast-break started already. “That’s the thing. If he can get six or seven defensive rebounds this year, we’re trying to find somebody who can go deep like Myles [Mack] could last year. Those two just knew each other.” He added: “What he doesn’t do, everybody else is doing a little bit more. And Kyle’s a better Kyle.” (Photo courtesy NY Post) RELATED CONTENT **Kyle Anderson is heading West **Anderson nearing decision **Pirate fans flock to see Anderson **FLorida visit could be critical for Anderson’s choice **Florida gets crack at Anderson **Seton Hall tweet on Anderson not a big deal **Seton Hall fans cheer Anderson **Kyle Anderson chats with Baron Davis on SJU visit **Anderson talks Georgetown visit **Anderson enjoys Seton Hall visit **Anderson set to visit Seton Hall, St. John’s **Anderson delays Georgetown visit **Anderson, Muhammad talking about combining at UCLA **Kyle Anderson sets visit schedule **Anderson, Calhoun lead Team NYC over Team USA **Big Apple finally gets a new all-star game **Anderson plans UCLA, Florida visits **Coaches working down to wire on Anderson **Anderson, Canty could play together in college **Roberts keeping Florida in Kyle Anderson Sweepstakes **Kyle Anderson Sweepstakes heating up