By ORLANDO CAMERON & ADAM ZAGORIA PATERSON, N.J. — Seton Hall fans are making it awfully difficult for Kyle Anderson to say no. More than 120 Pirate fans turned up at Paterson Kennedy High School Wednesday night to watch Anderson as he put up 20 points, eight rebounds, and six assists in a 66-51 victory over Hudson Catholic in a Fall Ball league game. “It definitely shows me they care,” Anderson told Orlando Cameron of NJHoops-Journal.com. “I’m very thankful for that.” This is the second week in a row that Seton Hall fans have flocked to watch the 6-8 St. Anthony point guard. This time, Seton Hall players Jordan Theodore, Herb Pope, and Fuquan Edwin, as well as Pirates’ legend Terry Dehere, were in attendance. Hudson Catholic junior Reggie Cameron poured in 32 points in the loss, but this night was all about Anderson. 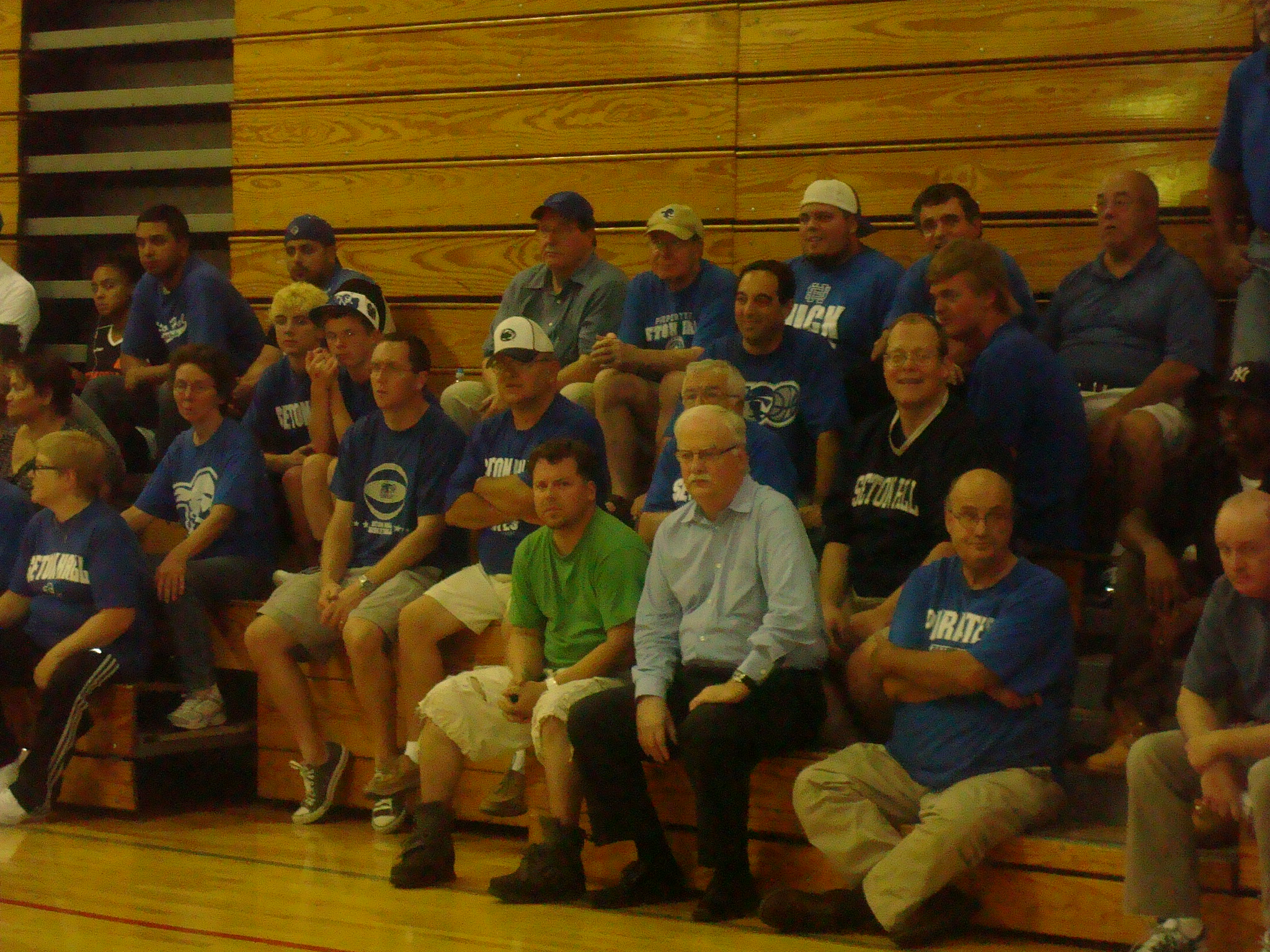 He is just five days away from announcing his college decision and is considering St. John’s, Florida, UCLA, and Georgetown in addition to Seton Hall. “I’m still deciding,” he said. On Friday, Anderson heads to Florida for an official visit where he is expected to be hosted by former St. Anthony McDonald’s All-American Mike Rosario. Rosario will no doubt be in Anderson’s ear about joining him with the Gators. “It won’t have a big influence on my decision, not really,” said Anderson, who still has a home visit with Seton Hall scheduled Monday night. It sounds like he has an idea of where he wants to go. “No,” he said, “I really don’t.” (Photos courtesy NY Post & Orlando Cameron) RELATED CONTENT

**Anderson Tweets About ‘Being a Pirate’