Former Tennessee coach Bruce Pearl turned down an offer to coach the Dallas Mavericks’ NBA D-League affiliate and instead will join a marketing firm, ESPN.com reported.

Pearl was recently hit with a three-year, show-cause penalty by the NCAA committee on infractions and can’t coach in the college ranks for that period, anyway.

Pearl told ESPN.com part of the decision stemmed from having two children in high school in the KNoxville area and wanting to spend time with them.

“Donnie Nelson was unbelievably gracious and provided a terrific opportunity,” Pearl told ESPN.com Tuesday. “I really thought that was what I was going to do. But I couldn’t leave my children.

Wozniacki Wants What McIlroy Has 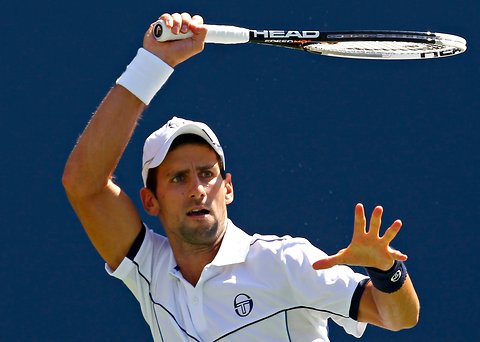 NEW YORK — Novak Djokovic was on court for less than an hour Tuesday at the U.S. Open, barely enough time for his beleaguered right shoulder to warm up.

Playing his first match at a Grand Slam event since elevating to No. 1 in the world, Djokovic got a break when Conor Niland of Ireland retired with food poisoning down 6-0, 5-1 44 minutes into the match in Arthur Ashe Stadium.

It was a tough break for Niland, who, along with fellow qualifier Louk Sorensen, are the first Irish men ever to compete in the U.S. Open main draw.

“I think I’ve played well for these 45, 50 minutes that we had on the court,” said Djokovic, who won his 44th consecutive match, tying Ivan Lendl for the second longest-winning streak of the Open Era. “It’s unfortunate for my opponent, obviously. He had food poisoning he told me after the match.

The Curious Case of Mike Chandler

The curious case of Mike Chandler just got a little more curious.

Lawrence (Ind.) North coach Jack Keefer told SNY.tv Tuesday that he has no idea where Chandler is or what prep school he will attend after failing to qualify at UCF.

“He came in here and withdrew from classes during the spring semester and did not graduate,” Keefer said by phone. “Then he disappeared and I have no idea where he is.”

Keefer said his players told him Chandler was “taking online classes” to graduate.

“Then the NCAA came out here and said, ‘We don’t accept those kinds of classes,'” Keefer added.

Five in the Mix for Jankovic