They are both lightning quick, high-IQ guards headed to Big East schools.

And now they are co-winners of the New York State Mr. Basketball Award.

The other finalists for the award were Rice’s Jermaine Sanders and Lincoln’s Shaquille Stokes.

“Jabarie shows class on and off the court and is also a great player,” said the 6-foot-4 Villanova-bound Yacoubou of Long Island Lutheran.

Syracuse, UConn to Face Off in Big East Semis

NEW YORK – Scoop Jardine was at home on his couch watching on television the last time Syracuse and UConn tangled in the Big East tournament.

That was the six-overtime, instant classic won by Syracuse on March 12, 2009.

“I was redshirting, so I watched at home,” Jardine said after No. 4 Syracuse eliminated No. 5 St. John’s, 79-73, in the Big East quarterfinals Thursday.

“It was a great game to be a part of. I was happy for my fellow teammates and they did a great job. We had a fun time watching it. It was one of the best games I’ve ever seen in my life.”

But now Evans and his teammates will have to move forward into the NCAA tournament without their fallen brother after Kennedy suffered a torn anterior cruciate ligament in the first half of St. John’s 79-73 loss to Syracuse in the Big East tournament quarterfinals at Madison Square Garden.

“I don’t think it’s going to feel the same because we lost one of our brothers if he doesn’t get to play,” Evans said. “D.J.’s a big part of this team. This hurts me I think as much as it hurts him because me and D.J. are real close on and off the court.”

But only one shot mattered.

“I was going to got to the basket on him [Gary McGhee],” Walker said. “I was going to penetrate and get a layup or a foul for a teammate but he fell so I was  able to get a clean look at the rim so I took a shot.” 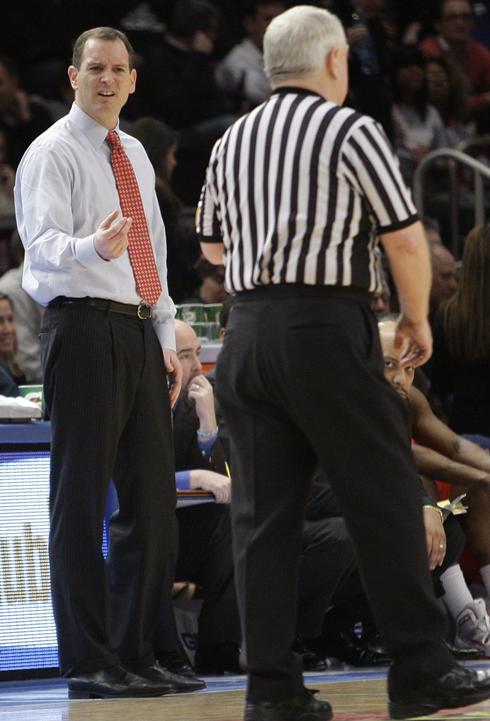 The officials who messed up the controversial  ending to Wednesday’s St. John’s-Rutgers game have “voluntarily” withdrawn from the rest of the Big East tournament.

“Our officials are a very dedicated and loyal  group of professionals who care deeply about The Big East Conference,” Commissioner John Marinatto said in a statement. “In the best interests of everyone involved — including coaches, student-athletes, game officials and Big East member institutions — the officials who were assigned to the St. John’s-Rutgers game Wednesday have voluntarily withdrawn for the remainder of the 2011 Big East Championship. With three days of competition remaining, it is our hope that everyone will now focus on our outstanding teams and the exciting games ahead.” Who is the National High School Player of the Year?

“I think I have worked hard, and it would be a blessing to win,” the Duke-bound Rivers said Thursday by text.

Speaking on behalf of Gilchrist, St. Patrick coach Kevin Boyle said: “On the year he had with the schedule we had, he has as much right to that as anybody, Austin Rivers or other guys that are mentioned, without question.”