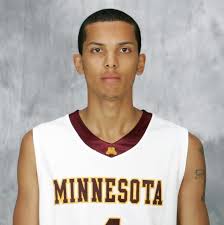 Former Minnesota guard Devoe Joseph is headed to Oregon. “Devoe to Oregon,” Ro Russell, Joseph’s AAU coach with Grassroots Canada, said by text. “We have nothing but respect for coach [Tubby] Smith and the people at Minnesota. This is a Pac-10 style of play program that needs experience and immediate help. It also has a quarter system where he can play starting in early December versus late December like with a semester school.” Joseph must sit out a season and will become eligible in December. The 6-foot-3 junior averaged 11.2 points in eight games at Minnesota after sitting out the first six games because of a violation of team rules. Joseph appeared in 76 career games for Minnesota, making 25 starts and averaging 7.7 points, 2.4 assists, 2.3 rebounds and 21.6 minutes. Smith said in a statement Wednesday he was “disappointed” Joseph decided to leave the program. Joseph is the older brother of Texas freshman guard Cory Joseph and the cousin of Syracuse junior forward Kris Joseph. The news was first reported by ESPN.com. And like ZAGS on Facebook.