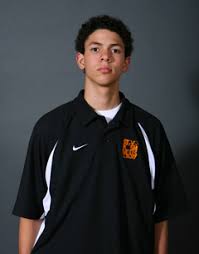 Duke-bound guard Austin Rivers dropped 46 points in his season opener as Winter Park (Fla.) downed Monteverde, 102-92, on Friday. The 6-foot-3 Rivers, who chose Duke after decommitting from Florida, also surpassed the 2,000-point plateau. He entered the game with 1,981 career points. “I actually didn’t know that coming in,” Rivers told the Orlando Sentinel. “We were concentrated on winning this game and starting out with a bang … But there have been a lot of great players to play at Winter Park, so it means a lot.” Rivers’ historic basket came on a two-point jumper as time expired in the first half, the Sentinel reported. He joined Nick Calathes among area players in the 2,000-point club.

Not to be outdone, UConn signee Ryan Boatright had 55 points, 10 rebounds, 10 steals, three rebounds and two blocks in a 75-66 win for East Aurora (IL) over St. Charles North. Boatright was one shy of Tom Kivisto’s school record 56 points set in 1970. “I don’t ever think there is someone that can stop me,” Boatright told the Chicago Sun-Times. “I wanted to come out aggressive this game. I felt like I came out flat the last two.” Boatright made 22 of 36 from the field. He scored or had the assist on 25 of his team’s 29 field goals. “He’s a phenomenal basketball player,” St. Charles North coach Tom Poulin told the Sun-Times. “I wanted to see if we could play them man-to-man. It did keep us in the game.” (Photos courtesy Kelly Kline, Chicago Sun-Times) Follow Adam Zagoria on Twitter And like ZAGS on Facebook.