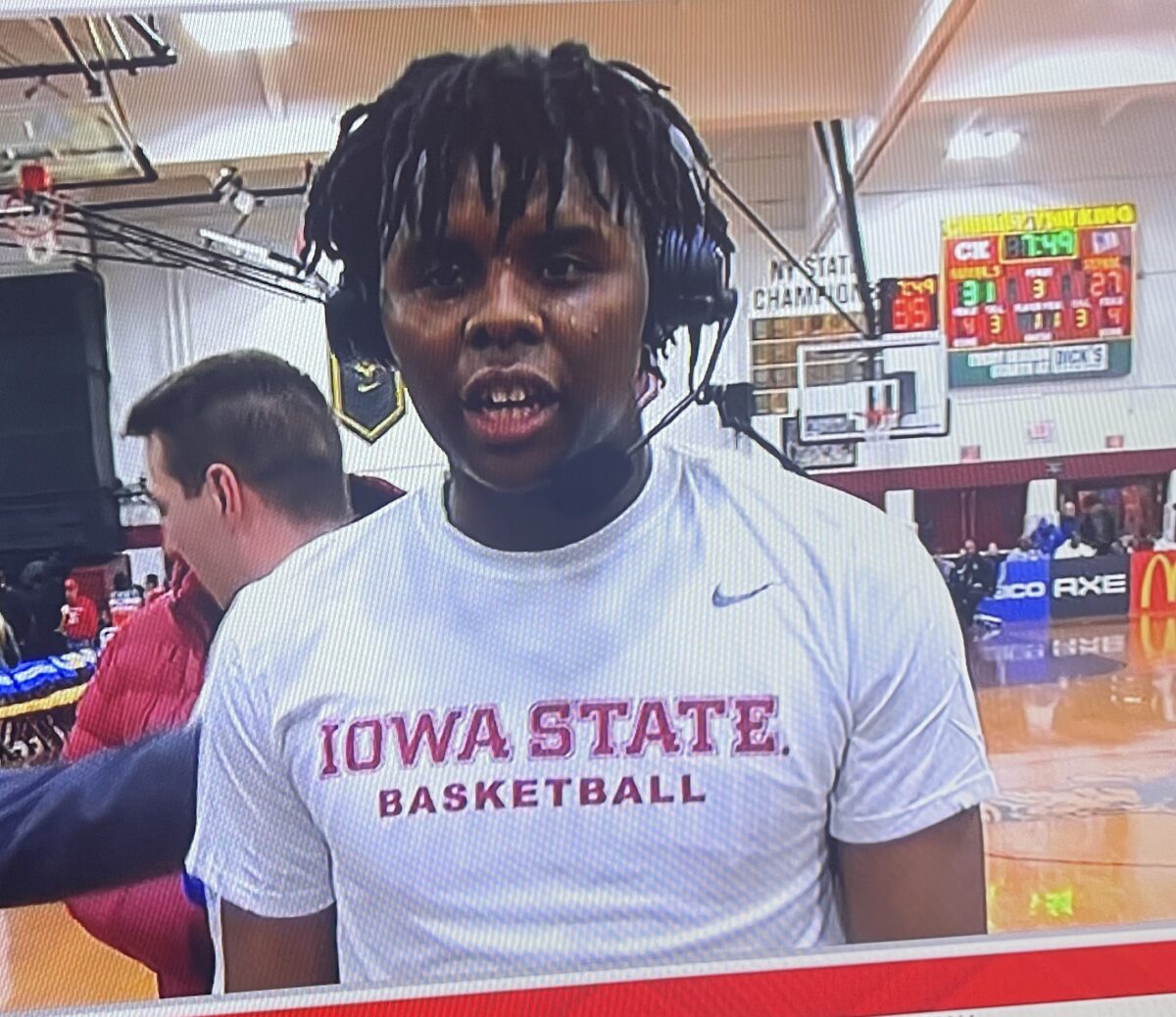 By ADAM ZAGORIA Dwayne Pierce, the 6-foot-5 junior wing from the NY Rens and Christ the King High School, committed to Iowa State on Sunday night. The 4-star wing is ranked the No. 28 small forward in the Class of 2024 by ESPN.com. He also considered Penn State, Seton Hall, Memphis and Florida State. He visited Iowa State last week for their 78-67 win over Texas. “I’ll be taking my talents to Iowa State,” he told ZAGSBLOG ahead of his public announcement. “I chose them because of the coaching staff and the environment. It’s a winning program and they’ve had success with big guards.” As for what role he will play, Pierce said, “They said that they want me to play the one over there.” His ultimate goal is to make the NBA. “I feel as though it will prepare me for the NBA because the coaching staff all push all the players to the max on and off the court,” he said. During the first half of the Christ the King game Sunday on ESPNU, Pierce drained a 3-pointer and also drove the baseline for a bucket. “What he does best is score the ball,” ESPN’s Paul Biancardi said on air. “He understands how to get his points within the flow of the offense.” Pierce is Iowa State’s third commit in 2024 after guard Nojus Indrusaitis from Chicago and center JT Rock from South Dakota. “He has great positional size and is great in the downhill attack,” Christ the King assistant CJ Sneed said. “He can also handle, shoot and play-make. I think his upside is high. He’s young for his class. He won’t be 17 until July.” Follow Adam Zagoria on Twitter Follow ZAGSBLOGHoops on Instagram And Like ZAGS on Facebook