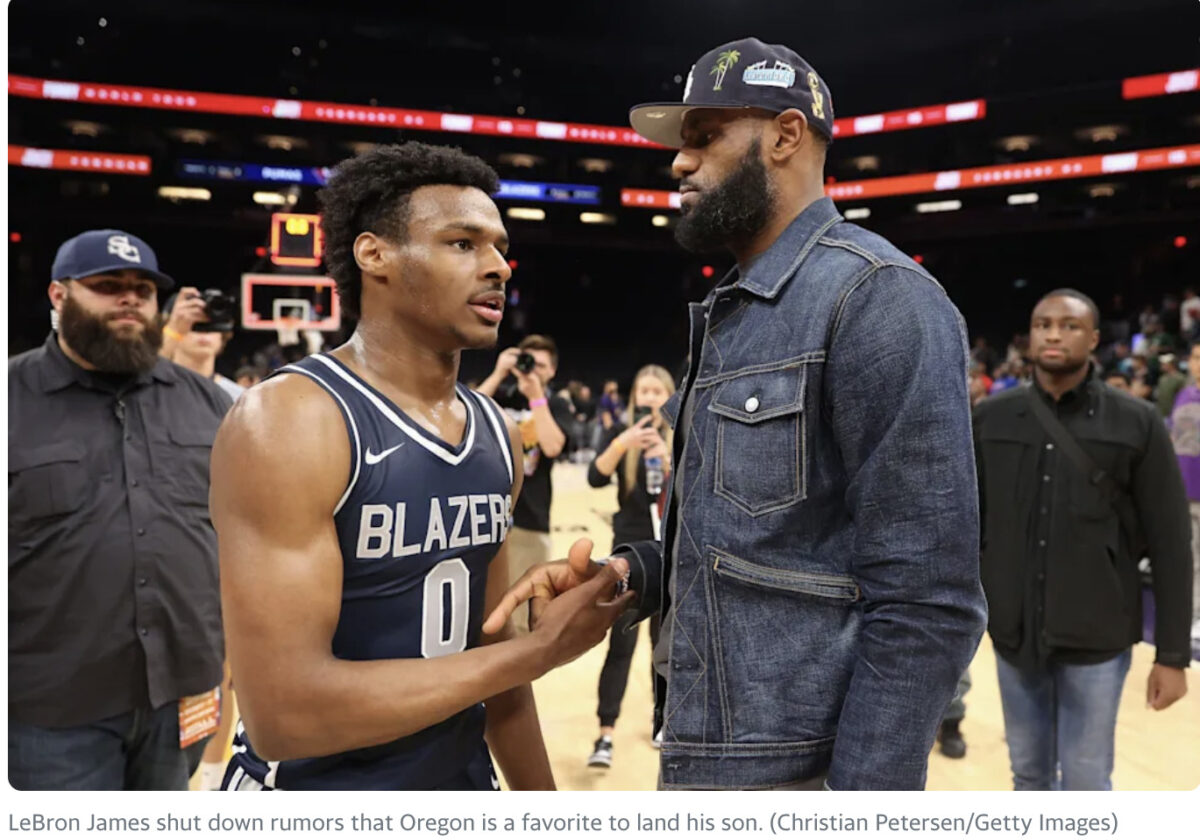 By JACOB POLACHECK Bronny James may be nearing a college decision with three schools in contention. James, the older son of LeBron James, will make his college decision after the season, and his top three schools are Ohio State, USC and Oregon. Luca Evans of the LA Times was the first to report the news. “I’m still open, but those are options,” James told On3. “He will pick a school after the season,” a source close to the situation told ZAGSBLOG. “These [have] been his top three schools. Another school might jump in the picture after the season, too.” The 6-foot-3, 190-pound guard from Sierra Canyon (CA) High School, is ranked by On3Sports Composite as the No. 10 combo guard and the No. 38 overall prospect in the class of 2023. He is the highest-rated uncommitted prospect remaining in the 2023 class. James took an unofficial visit to Ohio State in September as fans chanted “We want Bronny.” Follow Jacob Polacheck on Twitter Follow Adam Zagoria on Twitter Follow ZAGSBLOGHoops on Instagram And Like ZAGS on Facebook