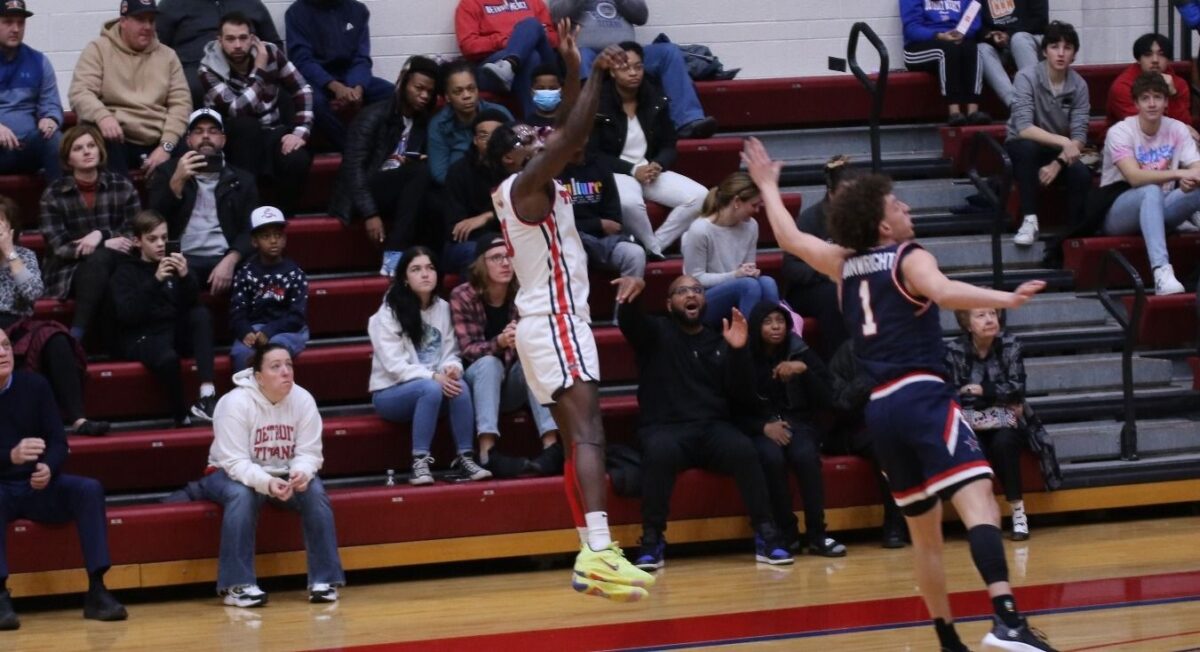 Antoine Davis is the new Division 1 leader for career 3-pointers made. Davis made a school-record 11 triples en route to 41 points as Detroit Mercy team turned away Robert Morris, 87-75, on Saturday afternoon on Dick Vitale Court in Calihan Hall. The nation’s leading scorer at 25.4 points heading into the game, Davis notched his fifth career 40-point game and tied for 13th in school history. He now has 513 career triples, breaking Wofford’s Fletcher Magee (2015-19) mark of 509, and his 3,232 points are third in NCAA history, 17 away from Freeman Williams for second, and 435 behind Pete Maravich’s record 3,667. His 1,081 field goals are also 15th now in NCAA record book.

The 11, 3-pointers was one away from the Horizon League mark and tied for the most in the country this season with Eastern Kentucky’s Michael Moreno (12/10/22 vs. Boyce), while the 41 points are the third most by a Horizon League player this season and the ninth most in the nation.   Photo: Detroit Mercy Follow Adam Zagoria on Twitter Follow ZAGSBLOGHoops on Instagram And Like ZAGS on Facebook