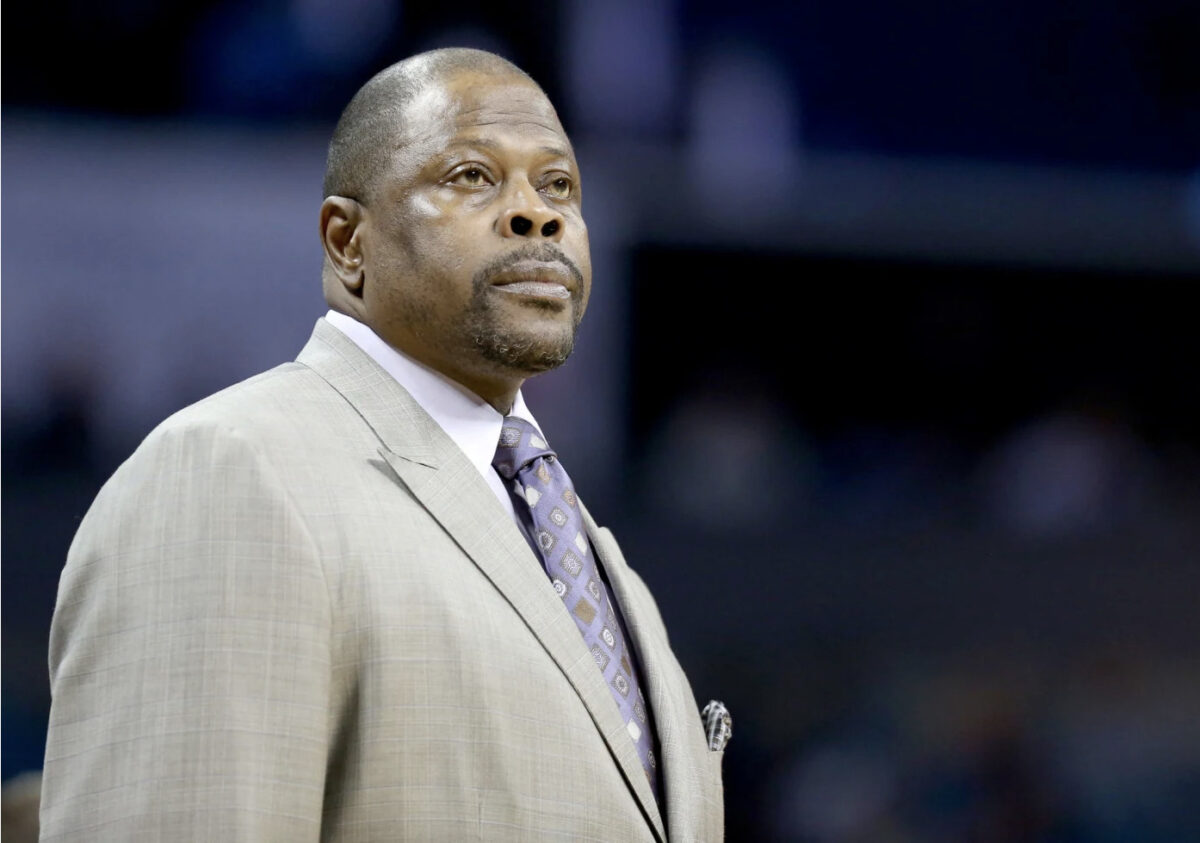 By ADAM ZAGORIA Just before Georgetown lost its 25th straight Big East regular-season game — a span that stretches nearly two years — the school’s athletic director acknowledged it was a “challenging and frustrating time” for the program. With their 73-57 home loss to Villanova Wednesday, the Hoyas lost their 25th straight Big East regular-season game — a league record. Ewing’s team hasn’t won a league regular-season game since March 2, 2021. A year ago, they went 0-19 in the Big East and finished the season with 21 straight defeats. This year they stand at 5-11, 0-5 in the Big East. “We recognize this is a challenging and frustrating time for the men’s basketball team and our fans,” AD Lou Reed, who also put out a comment about Ewing before a game about 10 months ago, told The Associated Press. “Coach Ewing understands that it is imperative to get the program back on track and no one is more committed than he is to making that happen.” After the game, Ewing was asked about the statement from Reed. “My future is my future,” Ewing said. “I’m here to be the head coach at Georgetown until the President or the board decides for me to move on. “But until that time, a friend of mine sent me a quote today, ‘It’s not how many times you get knocked down, it’s how many times you get up.’ So we got knocked down, all we going to do is keep getting up.” Ewing., 60, reportedly signed a three-year extension beyond this season after winning the Big East Tournament and has a $14.9 million buyout after this season, per one report. Ewing is 73-94 as a head coach, with one NCAA Tournament appearance in 2021 when the Hoyas won the Big East Tournament. Some Georgetown fans have openly called for the school to hire Iona coach Rick Pitino to replace Ewing, whom he coached with the Knicks. Some St. John’s fans have made similar requests to bring Pitino on board. “I love Patrick, loved coaching him, love him as a person, love him as a player, root for him all the time,” Pitino told me last season for The New York Times. “I don’t know what to say about the scenario other than I’m a big fan of Patrick.” Pitino also told ZAGSBLOG last month, “Look, I don’t like coaching in a one-bid league.” Iona won the MAAC regular-season title a year ago, but did not make the NCAA Tournament because Saint Peter’s won the conference tournament. “I want to coach for a long time, as long as my health stays the same,” he said earlier this season. “I said I would love to finish my career at Iona but sometimes it just doesn’t work out. You just never know about the future. My intent is I love where I’m living, I love the school, I love my players even more than where I’m living and how much I love the school. You just never know.” As a dominant college big man in the early 1980s, Ewing ruled the Big East along with the St. John’s star Chris Mullin. Ewing helped lead the Hoyas to three national championship games in his four seasons, guiding the program to the 1984 title under the Hall of Fame coach John Thompson. Like Ewing, Mullin returned to his alma mater to coach. He faltered in his four-year tenure, going 59-73 and 20-52 in the Big East with one N.C.A.A. Tournament appearance before stepping down in 2019. Late last season, in March 2022, Reed put out a statement hours before a game against Seton Hall, acknowledging the “disappointment of a difficult season,” and saying: “In this ever evolving landscape of college athletics we are committed to Coach Ewing, and we are working with him to evaluate every aspect of the men’s basketball program and to make the necessary changes for him to put us back on the path to success for next year.” Before the start of this season, Ewing overhauled his staff by replacing all three assistants and brought in several transfer players, including leading scorer Primo Spears who came from Duquesne. (The AP contributed reporting; Photo by Streeter Lecka/Getty Images)) Follow Adam Zagoria on Twitter Follow ZAGSBLOGHoops on Instagram And Like ZAGS on Facebook