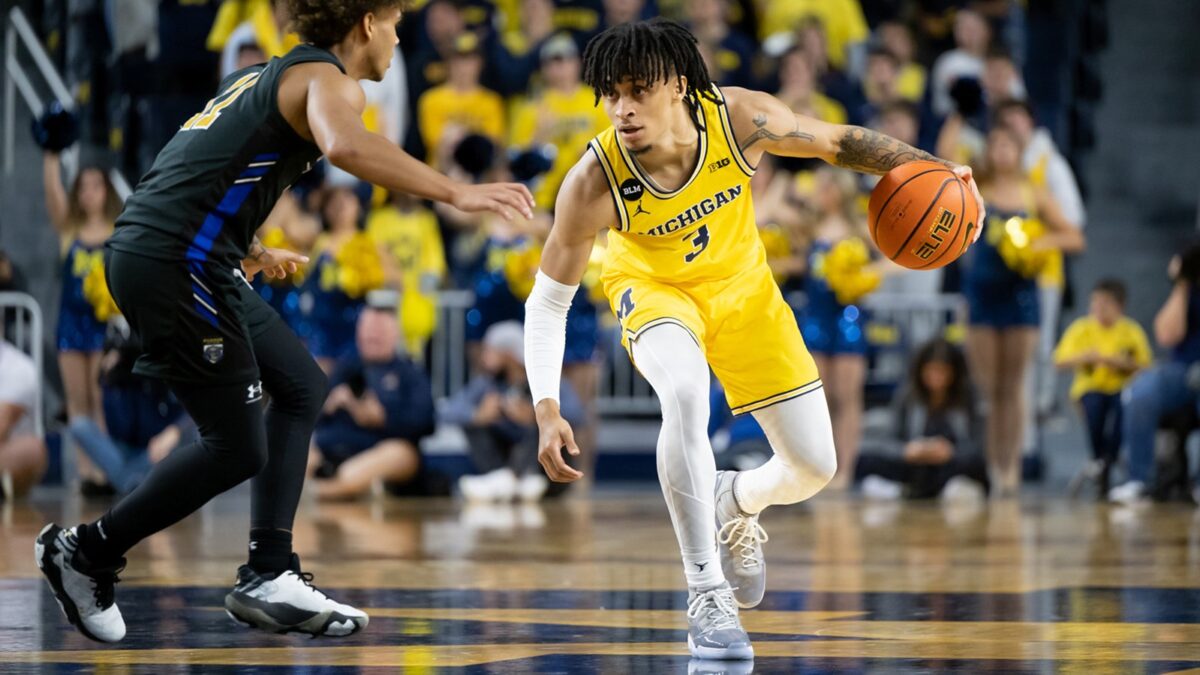 Juwan Howard announced Wednesday that Michigan graduate student guard Jaelin Llewellyn will miss the remainder of the 2022-23 season after suffering an ACL injury to his left knee in Sunday’s (Dec. 4) game vs. Kentucky at the O2 Arena in London, England. “We are devastated for Jaelin,” said Howard. “He worked so hard after joining us this summer and was making that next step in leading this team. His maturity and work ethic has already made a mark on our program and culture. Knowing him, this setback will only serve as an opportunity to grow as a person and player, but more importantly, offer himself a chance to help this program in any way he can. I admire that.” “Although this is not how I imagined my season here at Michigan would end, the support and love from everyone in the program will help me get through the rehab process,” said Llewellyn. “I’m looking forward to being my teammates’ biggest supporter for the rest of the season. Go Blue!” After a beginning his collegiate career at Princeton, Llewellyn joined the Wolverines as a graduate transfer this season. Starting all eight games this season, he was averaging seven points, 3.3 rebounds and 2.8 assists. He has started all 84 games in his career, scoring 1,120 points with 316 rebounds and 212 assists. Llewellyn will begin rehabilitation and prep immediately before his expected surgery sometime in early January. Release provided via Michigan Athletics Follow Adam Zagoria on Twitter Follow ZAGSBLOGHoops on Instagram And Like ZAGS on Facebook