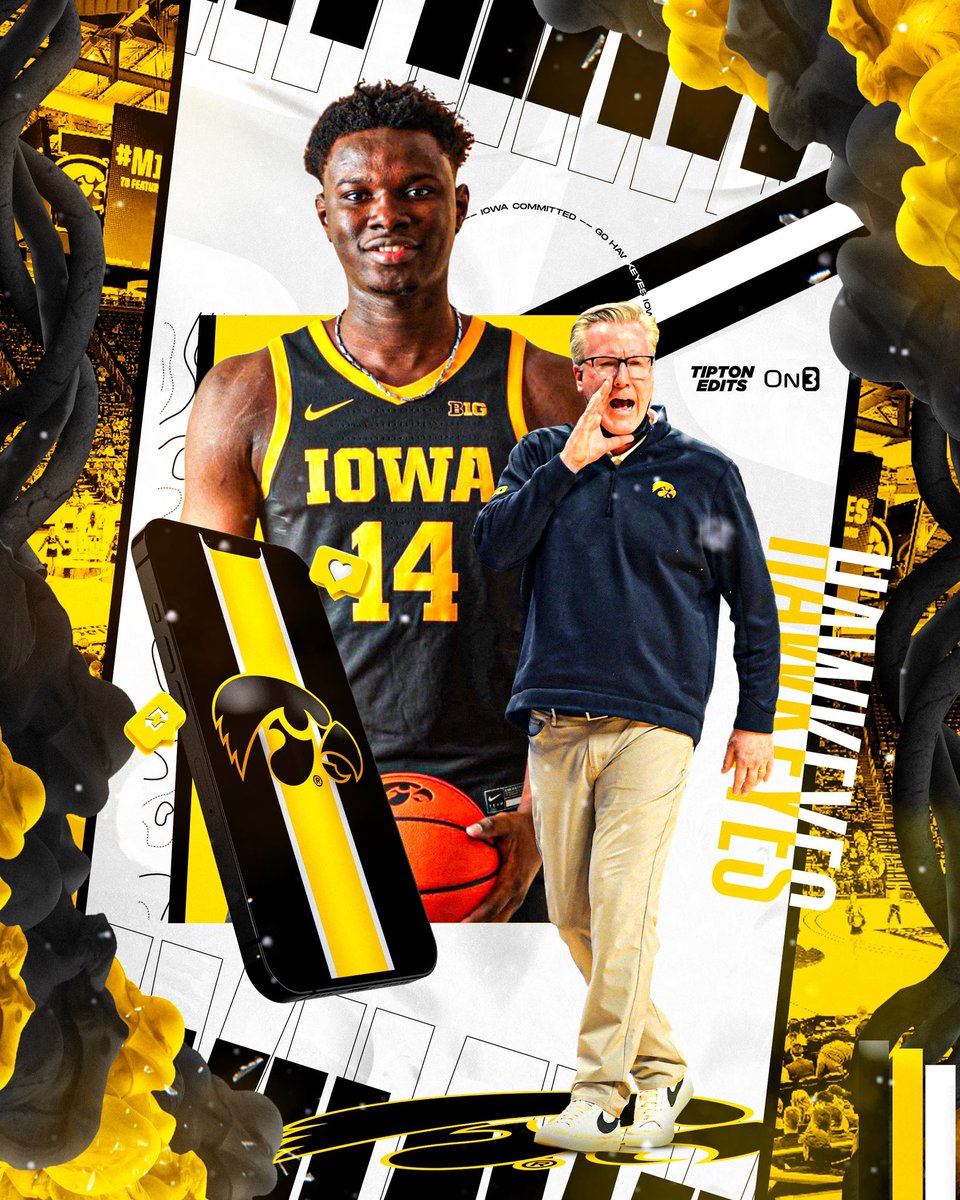 By ADAM ZAGORIA Ladji Dembele, the 6-foot-9 forward from St. Benedict’s Prep and the NY Rens Nike EYBL program, has committed to Iowa, he told ZAGSBLOG. The three-star prospect chose the Hawkeyes over Wake Forest and Rutgers after previously considering others including Seton Hall, DePaul and Pitt. “I will be taking my talents to Iowa University,” he said in a phone interview. He joins point guard Brock Harding, small forward Pryce Sandfort and center Owen Freeman in Iowa’s 2023 class. “Laj is a terrific player, strong, athletic and versatile,” St. Benedict’s coach Mark Taylor said. “He’s 6-9 and can post up and finish strong and extend the defense with the 3 ball. And he can defend multiple positions. He is going to be great in college and has a chance beyond that.” Dembele, 19, is originally from Mali but then moved to Spain when he was 13 to pursue a life in basketball. He came to the U.S. at 17. “I was in Spain, and I came here because it was my dream to play college basketball,” he said. “I started watching college basketball and I started watching Iowa most of the time because of the way that they used their bigs.” Dembele was especially impressed by former Iowa forward Luka Garza, now with the Minnesota Timberwolves G League club. “And last year I used to watch Keegan Murray [now with the Sacramento Kings], the way that he plays, so I really like their style,” he said. “So when I went there [on the visit] I had a chance to talk to the coach [Fran McCaffery] and he came here to see me [at St. Benedict’s]. That was basically why I chose Iowa.” Dembele visited Iowa late last month and “we had a chance to watch some tape of Luka Garza, Keegan Murray and Kris Murray. He said he sees me as one of those guys because likely Kris Murray is going to get drafted this year, so he sees me as one of those guys because I can stretch the floor, I can shoot, I can defend, so that was pretty much what he told me.” With Iowa set to visit Seton Hall in the Gavitt Games on Wednesday night, Dembele has a chance to see his future team up close. “I think I’m going,” he said. Follow Adam Zagoria on Twitter Follow ZAGSBLOGHoops on Instagram And Like ZAGS on Facebook