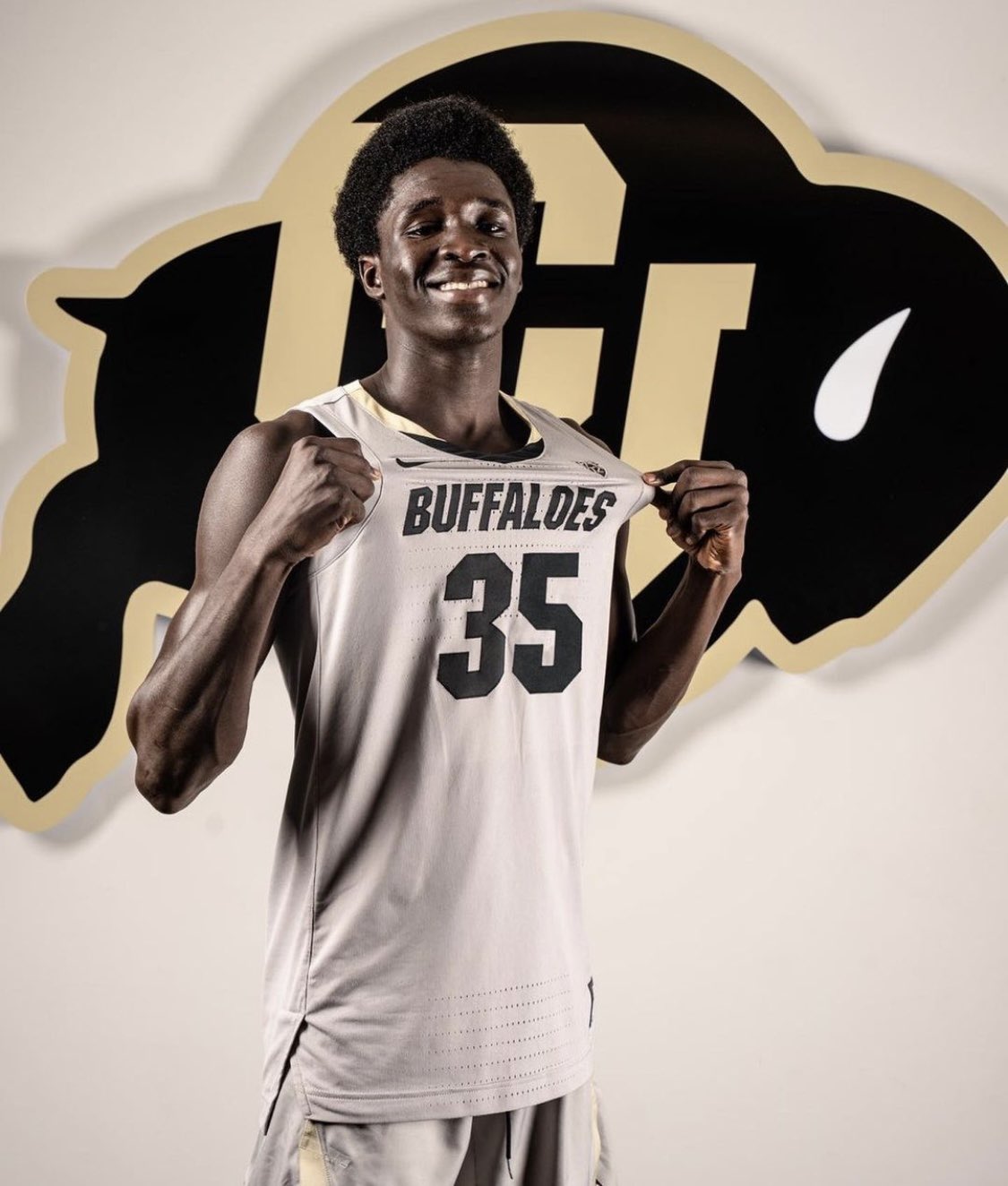 By CHARLIE PARENT Assane Diop, a four-star big man in the class of 2023, has committed to Colorado. “It’s home here,” Diop said during his commitment. “I’ve been here almost three years now and it just makes sense.” The 6-foot-10 Senegal native, who currently plays for the Colorado Hawks and Accelerated Prep (CO.) chooses the Buffs over Arkansas and Seton Hall. He joins four-star wing Cody Williams and three-star guard Courtney Anderson in Colorado’s class of 2023. “I think they’re good players and I was with Courtney (Anderson) on my official visit and played against Cody (Williams) at Pangos,” Diop told 247Sports. “One thing I really want for us is to win a lot and go to the tournament. That’s my only goal right now, to go to the tournament and do what we can do.” Follow Adam Zagoria on Twitter Follow Charlie on Twitter Follow ZAGSBLOGHoops on Instagram And Like ZAGS on Facebook