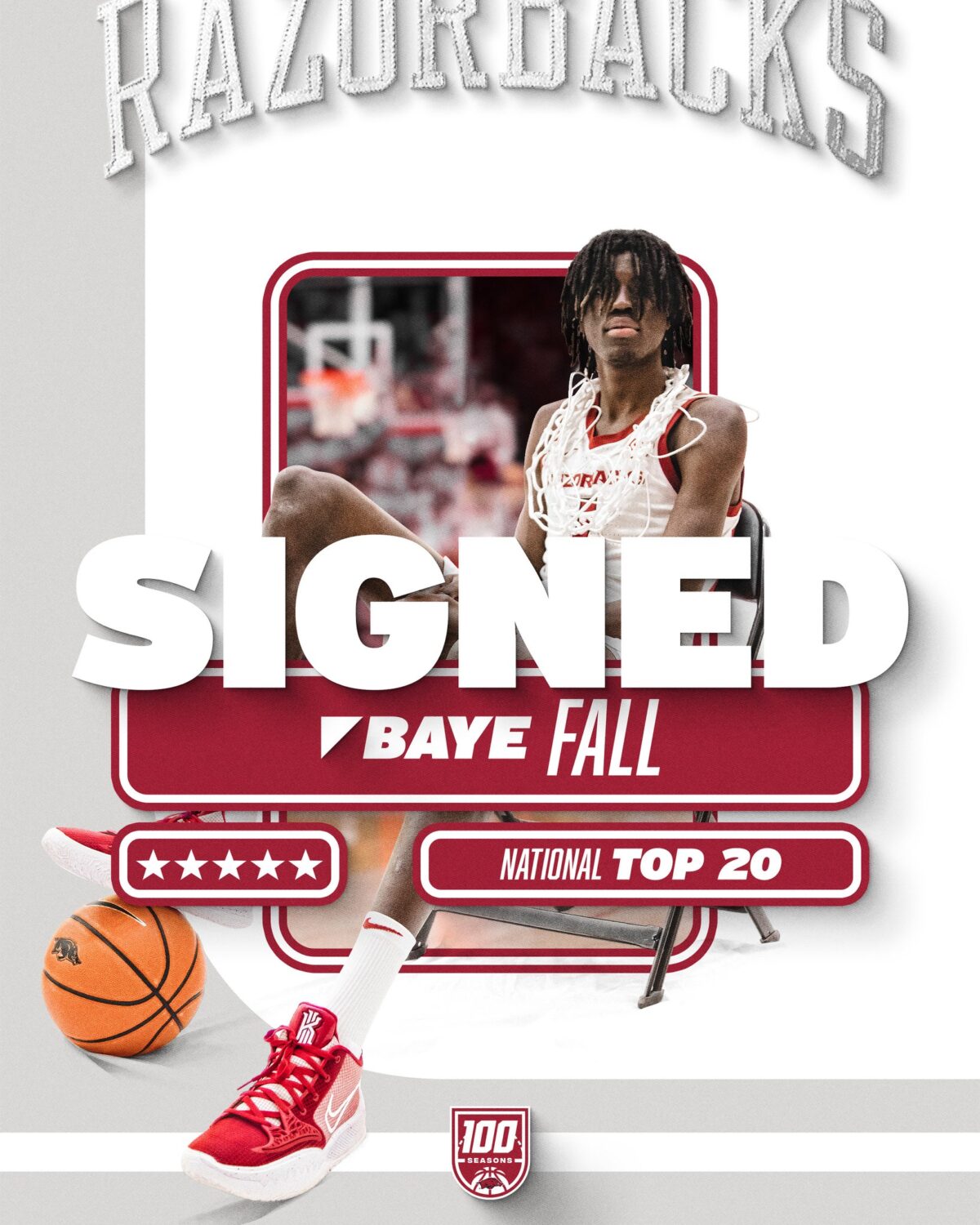 By ADAM ZAGORIA Arkansas coach Eric Musselman landed big man Baye Fall on Tuesday from the Colorado Hawks and Denver (CO) Accelerated Schools. The 6-foot-11 Fall is a five-star ranked the No. 3 center in the Class of 2023 by 247Sports.com. He also considered Auburn, Rutgers and Seton Hall. “I think it’s the best school for me,” Fall said during his commitment. “We went there for a couple visits and they play in a conference I really like. They can help me be successful and get to the next level.” He visited Arkansas in late September on an official. “It was good, it was really good,” Fall told WholeHogSports.com. “We enjoyed it. We went and watched practice, and when we first came we’ve seen the atmosphere here. You know, people going to restaurants and to the pep rallies and everything. It’s amazing.” He also visited Arkansas last February when Musselman’s team beat Kentucky.  “It was good. We enjoyed it like always,” Diop said. “We came here last season and it was good, so that was enough and we thought we should make an official one. We enjoyed the visit. The fans were good and the coaches are every time. The players were good this time — every time, too.” Fall plays for the Colorado Hawks, a program run by Arkansas native Greg Willis. He and former Razorbacks great Ron Brewer led Northside High School to a 30-0 season in 1974 and an overall state championship. Willis and his wife accompanied Fall on his trip last month, per WholeHogSports. Fall said he was impressed by the 52 years of NBA experience possessed by Musselman, assistant coach Keith Smart and recruiting coordinator Ronnie Brewer. “It makes me feel blessed to get recruited by people like this because they’ve got it all, really,” he said. “They have everything.”  Fall joins point guard Layden Blocker in Arkansas’ 2023 class. Follow Adam Zagoria on Twitter Follow ZAGSBLOGHoops on Instagram And Like ZAGS on Facebook