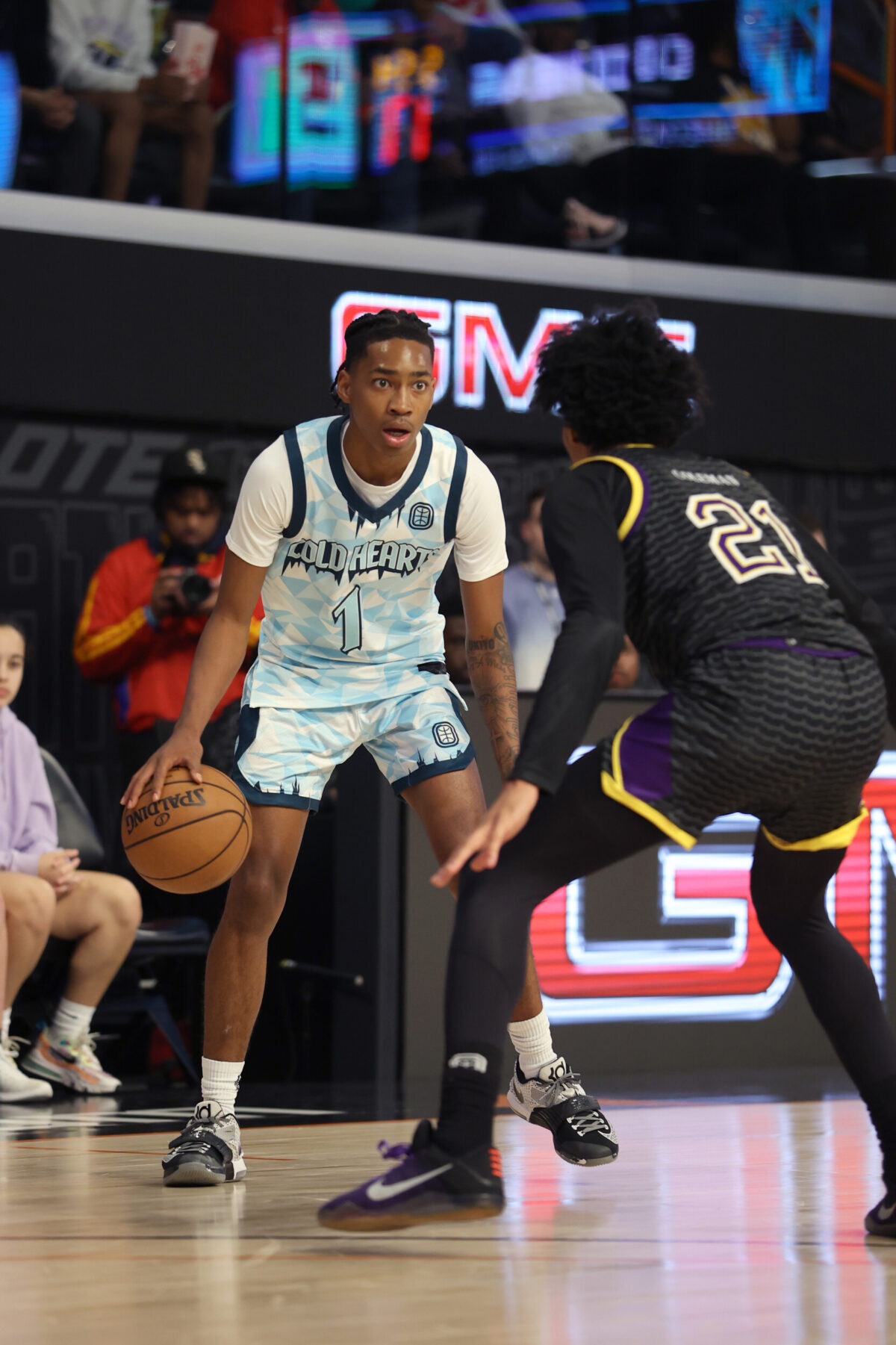 By JACOB POLACHECK ATLANTA – Just days after officially joining Overtime Elite, Rob Dillingham made history for the upstart basketball league, becoming the first of its players to sign a national letter of intent to play college basketball. The 6-foot-2, 165-pound combo guard out of Hickory, N.C., officially signed with the University of Kentucky on Wednesday, a few days before fellow OTE guard Kanaan Carlyle also signed his NLI with Stanford. “It’s exciting for the program,” Damien Wilkins, the general manager and head of basketball for Overtime Elite, said. “It’s exciting that we’re now able to offer scholarships, so we’re hoping to get a lot more guys to sign with some big-time schools.” Dillingham said the signing period was a “crazy experience” in an interview after his 19-point, four-steal game on Saturday. “I never believed I would be going to Kentucky, one of the biggest schools in the nation,” he said. It’s just crazy.” Dillingham called the decision to sign with Kentucky “self-explantory.” “Coach Cal [John Calipari] puts players in the league, he wins games, so I just want to be a part of the family and develop to what I can be and help the team as much as I can,” he said. Before joining Overtime Elite this month, Dillingham, the No. 8 prospect in the Class of 2023 per ESPN.com, had previously been at Donda Academy outside Los Angeles. When various high-profile high school basketball tournaments — including the Hoophall Classic, Play-By-Play Classic and the John Wall Holiday Invitational — opted to rescind offers to Donda in the wake of Kanye West’s anti-Semitic comments, various players began to leave West’s School at Donda, as reported in The Times. Class of 2023 guard A.J. Johnson transferred to Southern California Academy, his trainer said, while Class of 2023 point guard Chuck Bailey is now at Hamtramck High in Michigan, per his father. On a minutes restriction in his OTE debut on Friday night, Dillingham finished six points, three rebounds, three steals and an assist in 18 minutes. City Reapers twin guards and projected 2023 Top-10 picks Ausar and Amen Thompson each had high praise for Dillingham’s game. “He’s so shifty. He moves like a 2k player,” Ausar said. “I really just can’t explain it. I’ve really never seen somebody play like that. He’s so shifty, so quick. He’s not that big on the court, but he gets where he wants. I can’t wait to play him, talk to him and learn from him.” While Amen said he hasn’t gotten to see Dillingham play as much, he said he has had the chance to see him work out. “He’s just really smooth with a great shot,” Amen said. “I like what I’ve seen so far.” Now at Overtime Elite, Dillingham said he’s hoping to get bigger and stronger. “I have to be ready for the SEC next year, so they’re really developing me as a pro,” Dillingham said. “I’m eating. I’m developing as a pro.” Photo: Overtime Elite Follow Jacob Polacheck on Twitter Follow Adam Zagoria on Twitter Follow ZAGSBLOGHoops on Instagram And Like ZAGS on Facebook