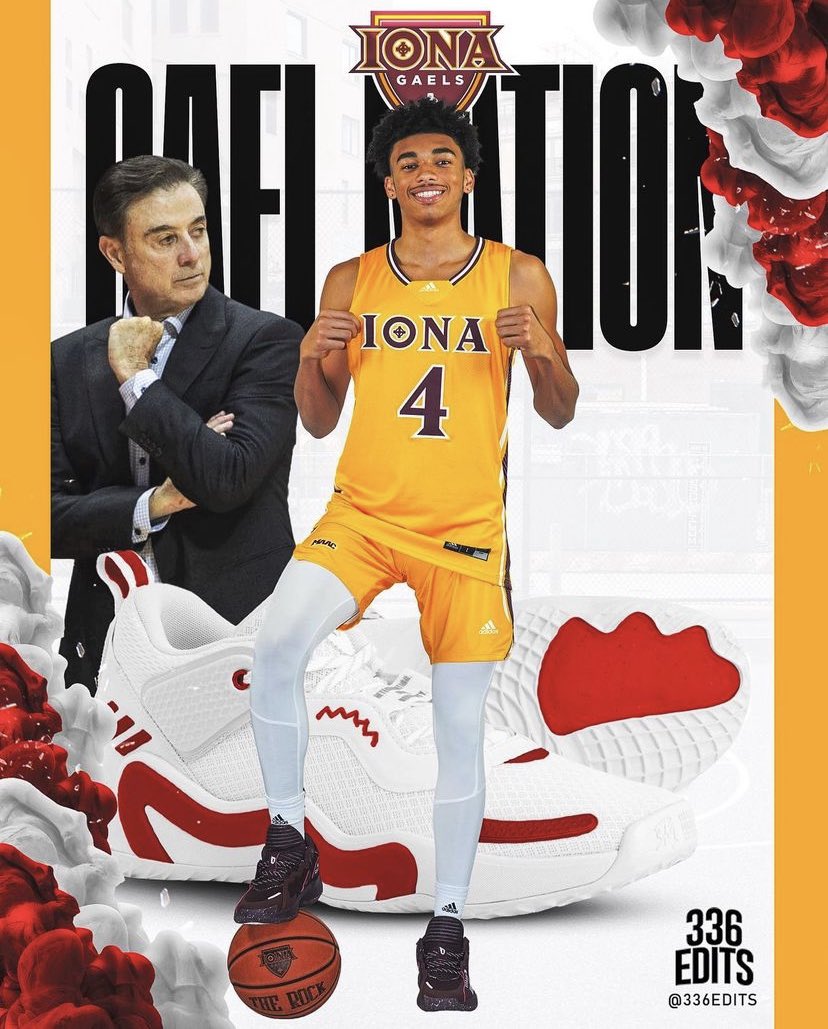 By JACOB POLACHECK Class of 2023 guard Izaiah Pasha has committed to Iona, he announced Friday. The 6-foot-5, 181- pound shooting guard from Cardinal O’Hara (PA), chose Iona over offers from Delaware, Xavier, VCU, George Washington, Towson, St. Joseph’s and La Salle, among others. “I picked Iona because it was the best fit for me and playing for a legendary coach like Coach P [Rick Pitino] is just a blessing knowing how he is going develop me into a better basketball player,” he said. “The skill set I bring is everything. I’m a very versatile gifted player.” “Izaiah is extremely skilled as an offensive player with the ability to score at all three levels,” Cardinal O’Hara coach Ryan Nemetz said. “He showed it translates this past year in the Philly Catholic League and has a bright future.” Pasha is the first commit in Iona’s 2023 recruiting class. “As a 6-foot-5 guard with a 6-foot-9 wingspan, he can also impact the game on the defensive end,” Nemetz said. “We are excited to see him grow with O’Hara during his senior season and with coach [Rick] Pitino and his staff at Iona.” Follow Jacob Polacheck on Twitter Follow Adam Zagoria on Twitter Follow ZAGSBLOGHoops on Instagram And Like ZAGS on Facebook