Four-star shooter Darren Harris becomes Duke's first commit in 2024: 'It was a dream school of mine growing up' | Zagsblog
Follow @adamzagoria

Four-star shooter Darren Harris becomes Duke’s first commit in 2024: ‘It was a dream school of mine growing up’ 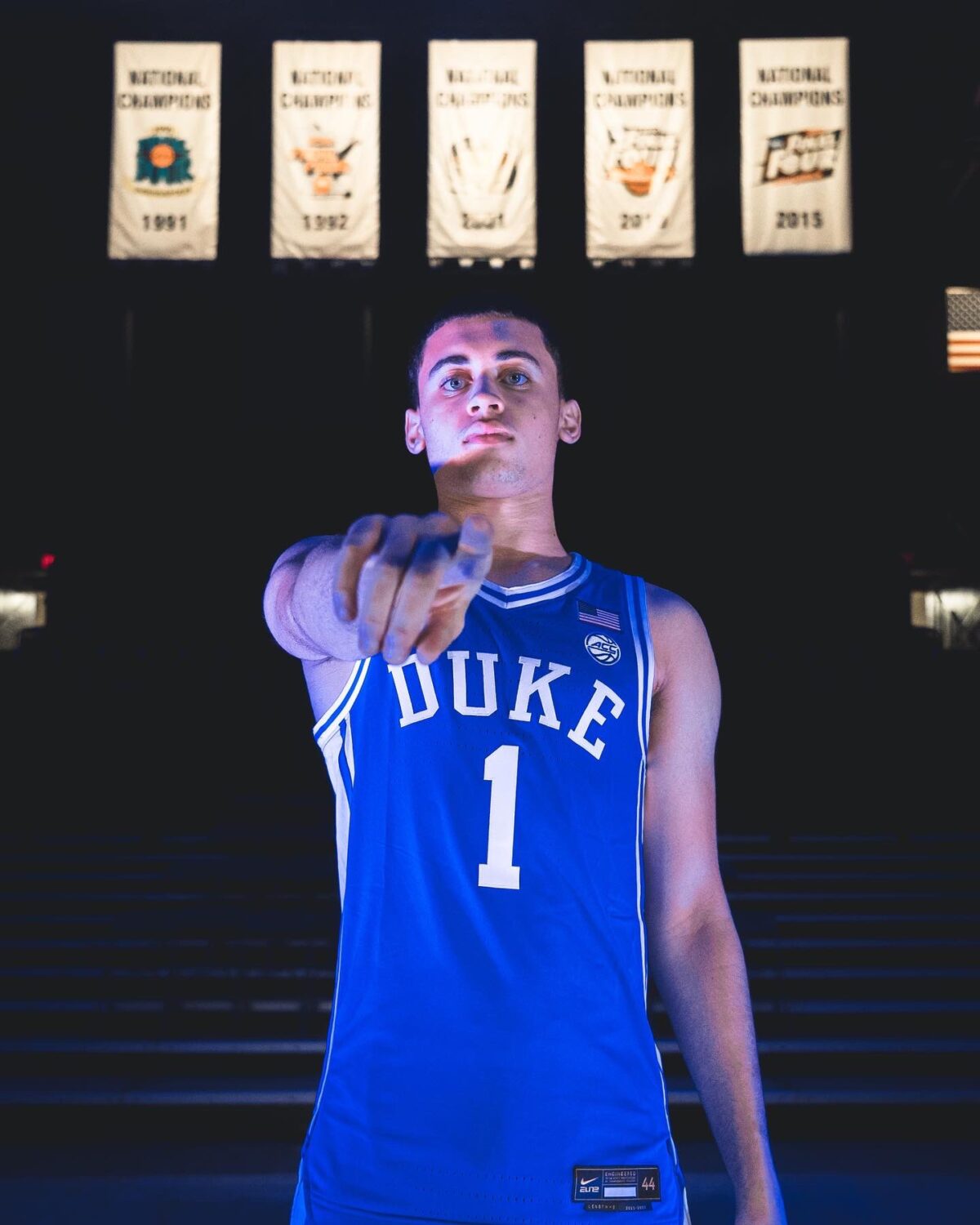 By ADAM ZAGORIA New Duke coach Jon Scheyer continued his incredible recruiting roll on Saturday when Darren Harris, the 6-foot-6, 195-pound four-star small forward from famed Paul VI Catholic (VA) High School committed to the Blue Devils. Ranked the No. 10 small forward in the Class of 2024, he chose Duke over Maryland, Miami and Ohio State. “I just felt a lot of love from them and honestly it was a dream school of mine growing up, so it was hard to turn it down,” Harris told ZAGSBLOG ahead of his public announcement. “The official visit really just took it all the way for me. I was with Coach Scheyer most of the time. A lot of visits I’ve been on, I haven’t been with the head coach a lot, mostly with the assistants. I would talk to the head coach, but it wasn’t like spending most of my time with them. It really felt like a family on the visit. I was with the whole coaching staff most of the time. The players were great, they treated me well. I can see myself fitting in there.”

Harris is the third player from Paul VI to commit to Duke, following junior guard Jeremy Roach and Trevor Keels, now with the Knicks. Scheyer first saw Harris when he was recruiting Keels so the relationship developed over several years. “We appreciate and I know Darren and his family really appreciate the work that coach Scheyer and his assistants have done,” PVI coach Glenn Farello said. Three players from the program’s state championship team — Roach, UNC’s Anthony Harris and Villanova’s Brandon Slater — were in the Final Four last season (although Harris was injured and didn’t play.) “[Scheyer] knows how well I can shoot the ball so he talked about all the shooting he’s had, like Grayson Allen, Luke Kennard, J.J. Redick and he compared me to them with my size and shooting ability,” he said. “But at the same time he said we don’t only want you to be a shooter here, we want you to develop. I have two more years of high school and when I get there and I will develop, too, doing a lot of skillwork.” Scheyer, 35, takes over for Mike Krzyzewski, but already lined up the No. 1 recruiting classes in 2022 and ’23 and now has a head start on ’24. “He’s the right age, first of all,” Harris said. “He’s old enough to experience everything, he won a national championship at Duke, but he’s also young enough to relate to the kids and relate to the parents because he’s also a father. He’s a perfect head coach and he does a great job recruiting.” Farello said Duke is getting a special player. “Darren’s an elite shooter, he’s the best shooter we’ve ever had,” he said. “I think he’s going to develop into a play-maker, not just a shot-maker, and with his size he’s got the ability to defend multiple positions on the wing so I’m just really excited that he gets the opportunity to follow the footsteps of a couple teammates that have already been through [Duke].” Follow Adam Zagoria on Twitter Follow ZAGSBLOGHoops on Instagram And Like ZAGS on Facebook