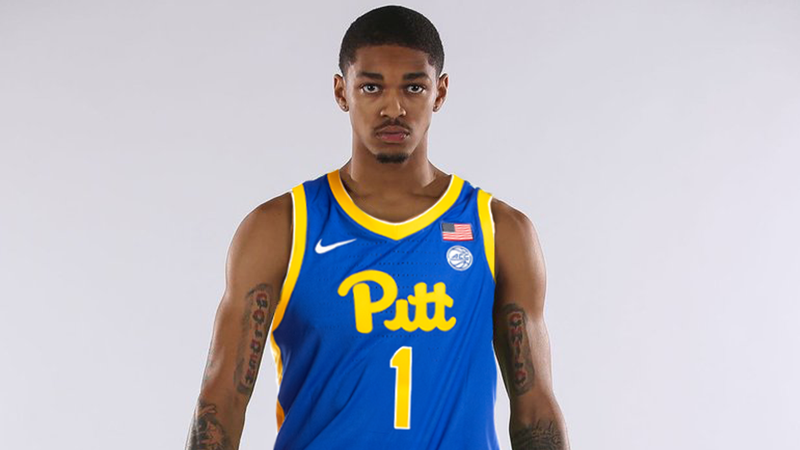 By JACOB POLACHECK University of Pittsburgh freshman guard Dior Johnson has been suspended indefinitely after being charged with assault, the school announced Friday. The school said it became aware of the charges Friday and “will decline further comment until the legal process has reached a resolution.” According to a criminal complain reported by Pittsburgh police and first reported by Pittsburgh’s Action 4 News, Dior Johnson, 18, is charged with aggravated and simple assault, unlawful restraint, false imprisonment and strangulation in connection with the incident, which police said happened late on the night of Sept. 5 and on the morning of Sept. 6 at the apartment in the 3400 block of Forbes Avenue. The alleged victim gave police a written statement by email, police said, reporting that Johnson became angry with her for getting him and his phone wet, that he “slapped her across the face ‘full force’ causing her face to become ‘very red and puffy.” The complaint also said that Johnson had the woman’s phone, that he left the apartment around midnight, then came back at 4 a.m. and gave her back the phone. Johnson, a former four-star commit out of Southern California (CA) Academy, attended multiple schools during his time in high school. He also spent time committed to Syracuse and Oregon before eventually committing to Pittsburgh. Pitt has gone 51-69 (21-53 ACC) during Jeff Capel‘s four-year tenure as head coach. Follow Jacob Polacheck on Twitter Follow Adam Zagoria on Twitter Follow ZAGSBLOGHoops on Instagram And Like ZAGS on Facebook