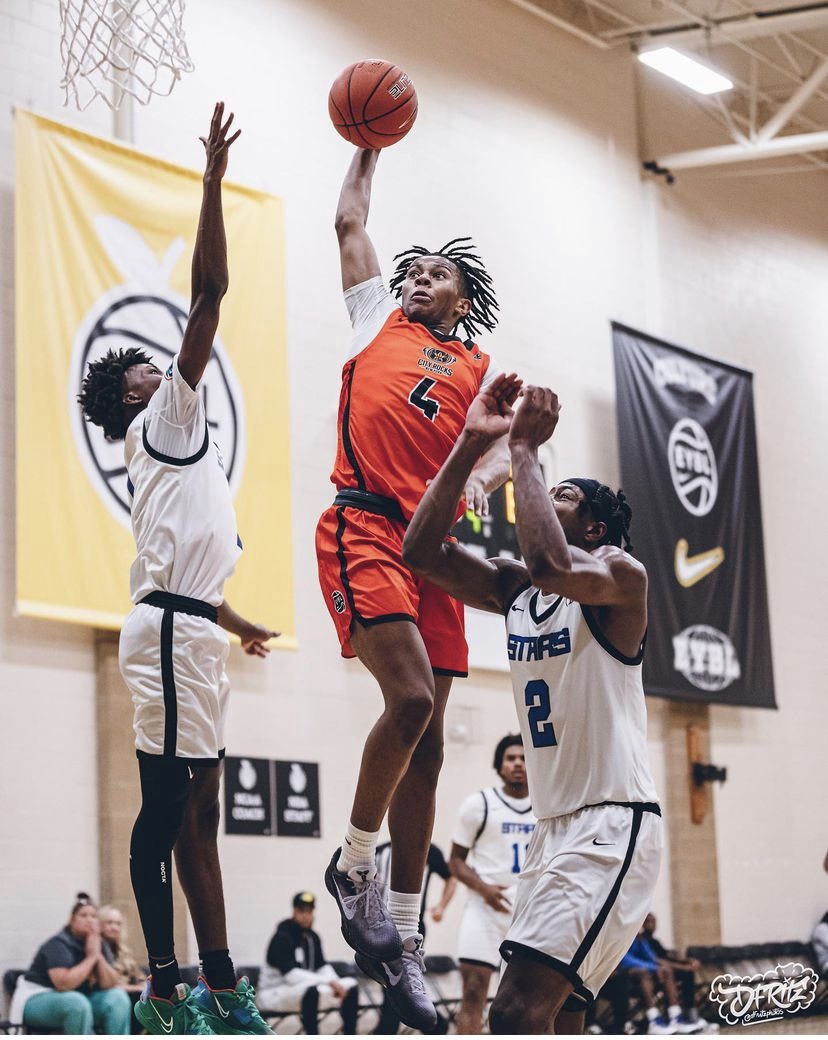 By ADAM ZAGORIA New Jersey is getting ready to host the preps vs. the pros in October. Some of the top high schools stars from New York and New Jersey will play against teams from Overtime Elite at Roselle Catholic High School Oct. 14-15. The event is called the Hustle & Heart Classic powered by ACES. Ticket information will be provided later on. In one game on Friday, the Tri-State All-Stars, whose roster includes Roselle Catholic stars Simeon Wilcher (North Carolina), Mackenzie Mgbako (Duke) and Akil Watson (Arizona State), will play the Cold Hearts Overtime team. In another game Friday against Overtime’s YNG Dreamerz, the Northeast Basketball Club is expected to feature top uncommitted Camden High School big man Aaron Bradshaw, Class of 2024 stars Elliot Cadeau and Tahaad Pettiford and Class of 2025 Jerry Easter. Other top area stars including D.J. Wagner, Justin Edwards and Ian Jackson may or may not play depending on other commitments. On Saturday, there will be a girls high school all-star game at 5 p.m., followed by the two high school teams playing the two other Overtime teams they didn’t face on Friday. The games will run at 7 and 9 p.m. Friday, and 5, 7 and 9 Saturday. “It should be 20 top 100 kids from the freshman to the senior class that should be representing the New York/New Jersey-based team,” said Trevor Harris of the Northeast Basketball Club. Overtime Elite is a developmental professional league for players 15-19 based in Atlanta that offers players a minimum salary of $100,000. The players also take classes toward a high school degree. On Wednesday, the league announced a rebranding, renaming it’s current three teams and expanding its league to add three additional high school teams. The league recently announced its three new teams – The City Reapers, Cold Hearts and YNG Dreamerz. In addition to these teams, the league will feature high school programs Hillcrest Prep (AZ), Our Saviour Lutheran (NY) and Word of God (NC). Last year two Overtime players went undrafted but Jean Montero signed an Exhibit-10 with the Knicks and forward Dominick Barlow, a native of Dumont, N.J., signed the San Antonio Spurs. Overtime Elite has 20 players returning from last season, most notably, projected Top-10 2023 NBA Draft picks Amen and Ausar Thompson, while also adding 10 new players, including 2024 five-star prospects Naas Cunningham and Jayden Williams. Cunningham, the No. 1 small forward in the Class of 2024, opted to join Overtime Elite last spring and leave Gill St. Bernard’s in Gladstone, N.J. He chose to maintain his college eligibility by not taking the Overtime salary, but is still eligible for Name, Image and Likeness income. He’s recently visited several schools including Missouri and Seton Hall. He will be at this event with his YNG Dreamerz team. A year ago, Wilcher considered leaving Roselle Catholic for Overtime Elite, but ultimately he and his family decided they wanted the high school experience, including going to the prom and contending to be a McDonald’s All-American. “Stuff like that matters. I know my family wants to see me walk across that stage in senior year when I graduate,” Simeon said in 2021. “Just doing regular high-school teenage things, those experiences matter and you can never get them back.” Follow Adam Zagoria on Twitter Follow ZAGSBLOGHoops on Instagram And Like ZAGS on Facebook