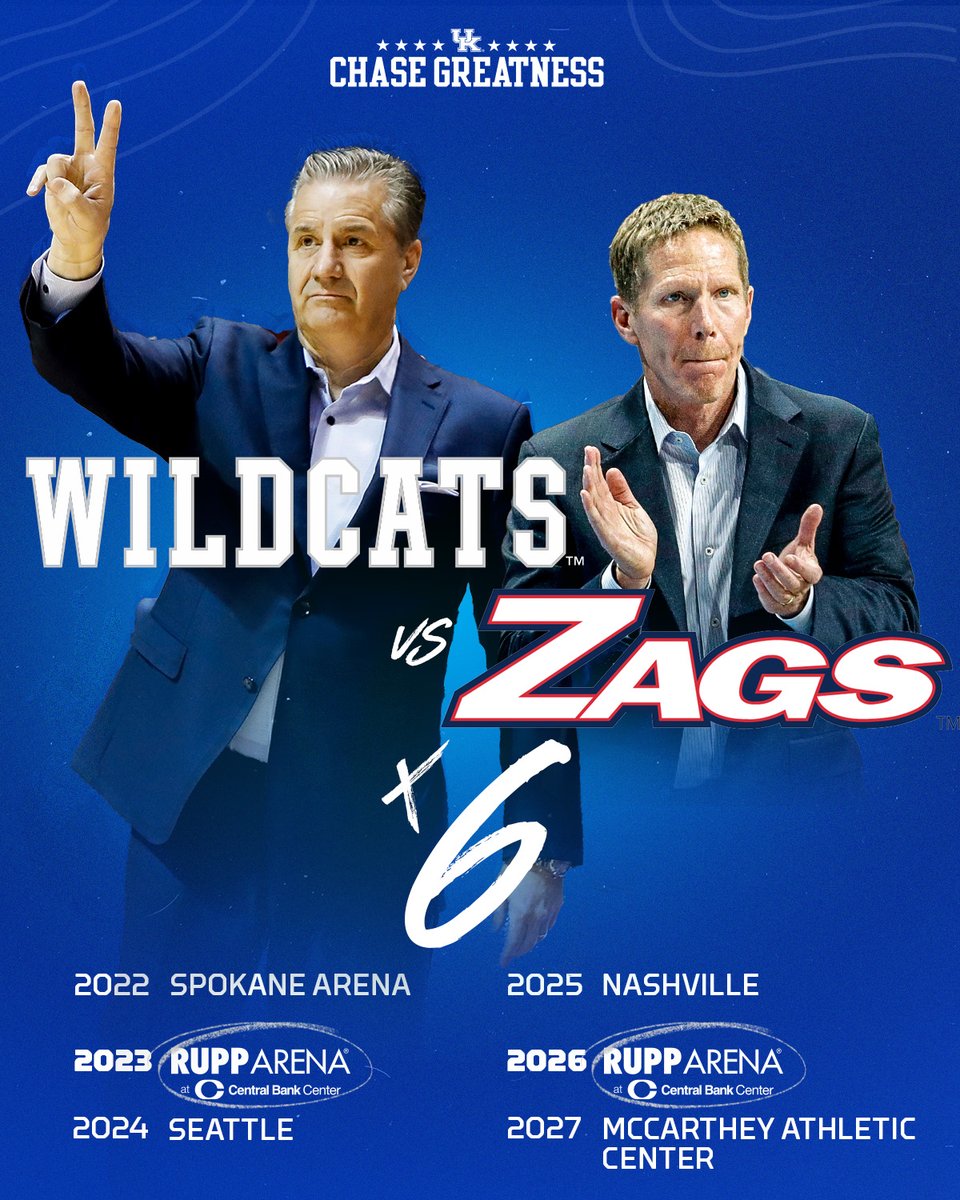 Gonzaga and Kentucky have announced a six-game series beginning on Nov. 20. “This is something Coach Calipari and I have been working on for some time,” Gonzaga Head Coach Mark Few said. “It’s an exciting thing for both programs, both schools, both fan bases, and all of college basketball. Instead of a two-year thing, this gives everyone something to put on their calendar and look forward to over the next six seasons.” The series begins this season at the Spokane Arena on Nov. 20. Kentucky hosts GU next season in Lexington. The programs meet in Seattle during the 2024-25 season, before facing each other in Nashville in 2025-26. Gonzaga and Kentucky meet on their home courts beginning in 2026-27 in Rupp Arena, and in the McCarthey Athletic Center in 2027-28. “I am so excited that we have finalized this series,” UK head coach John Calipari said. “Mark is a great friend and what he has done at Gonzaga to build them into one of the premier programs in our sport is incredible. The mindset I have when I put together our schedule here at Kentucky is that we want to always challenge ourselves by competing with the best teams we can find and generate some marquee home games for the best fans in the country. We have done that with Gonzaga and I look forward to competing with them the next six seasons.” The programs have previously only met once when the Wildcats beat Gonzaga 80-72 in the 2002 Maui Invitational. (Release via Gonzaga) Follow Adam Zagoria on Twitter Follow ZAGSBLOGHoops on Instagram And Like ZAGS on Facebook