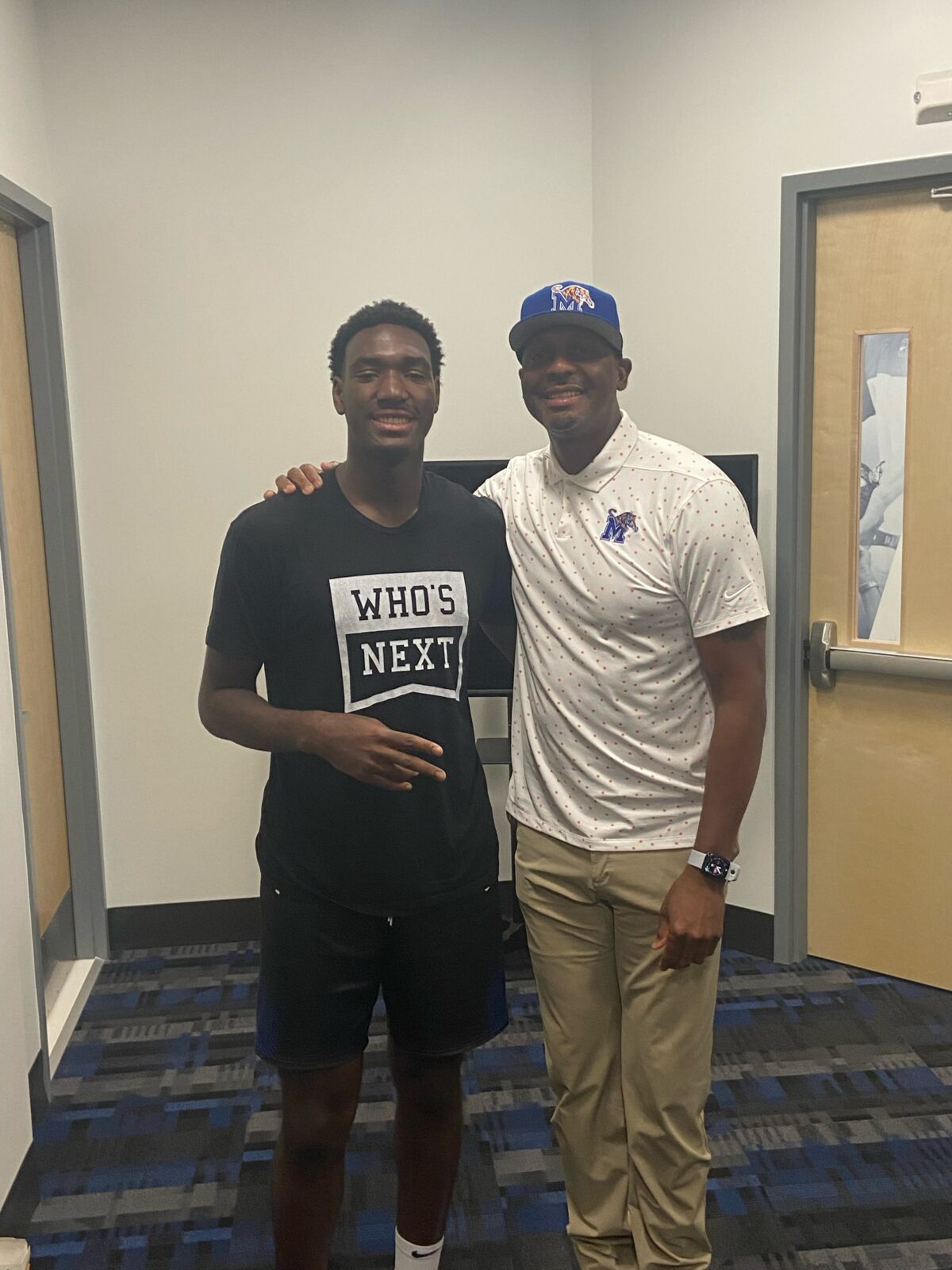 By ADAM ZAGORIA Memphis coach Penny Hardaway and his staff spent Monday in the state of Florida checking in on a pair of priority recruits in the Class of 2023. Hardaway and assistants Frank Haith and Andy Borman visited with 6-foot-8 4-star forward Eric Dailey Jr. at IMG Academy in Bradenton and also saw 6-4 4-star small forward Carl Cherenfant at Calvary Christian in Fort Lauderdale. “Great visit!!” Eric Dailey Sr. said by text. “[Coach Hardaway] loves the move he made to continue to develop at IMG and really relates to him since he was a big guard.” Dailey recently announced a top eight of Kentucky, Kansas, Oklahoma State, Michigan, Texas A&M, TCU, Memphis and Florida State. Texas A&M coach Buzz Williams, Oklahoma State’s Mike Boynton, Florida State’s Leonard Hamilton and UCF’s Johnny Dawkins and Kentucky’s John Calipari have been through IMG recently. “We will start taking official visits in October after USA camp,” Dailey Sr. said.

As for Cherenfant, he said Hardaway’s message was “How they see me in the program and what I can bring right away as a freshman. My versatility and different spots they can put me in and my two-way abilities.” Cherenfant is also considering St. John’s, USF, UCF, South Carolina, LSU and Mississippi State, and plans to trim his list to two before deciding “maybe even early October,” he said. He visited UCF earlier this month and will trip to St. John’s Sept. 22 and Memphis either Oct. 8 or 15, he said. Memphis is also expected in at Christ the King in Queens, N.Y. this week for Class of 2024 small forward Dwayne Pierce. The 6-5 Pierce is ranked the No. 24 small forward in 2024 by 247 and played for Borman with the NY Rens Nike EYBL program. Follow Adam Zagoria on Twitter Follow ZAGSBLOGHoops on Instagram And Like ZAGS on Facebook